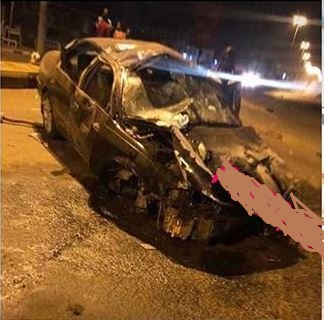 The scene of the accident

It has been reported that two students of the Rufus Giwa Polytechnic, Owo, identified as Nash and Elijah, have died.

The two young men reportedly died when they got involved in a really horrific lone accident in Akure, Ondo State in the wee hours of the morning. 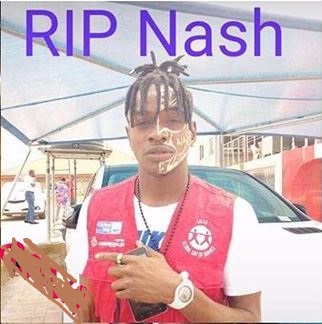 One of the victims of the crash, Nash

Local reports show that the fatal accident occurred around 4:30 today while the duo were returning from a nightclub in the town.

They were subsequently rushed to a nearby hospital where they were confirmed dead.
Posted by Daniel Update at 7:32 AM