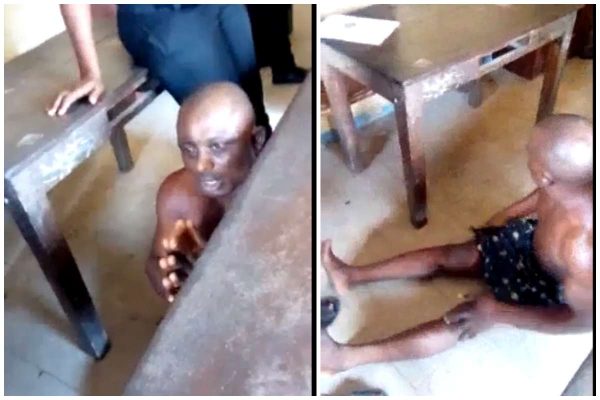 A 44-year-old married man has been arrested by the police for allegedly defiling a 7-year-old girl in Sapele area of Delta state. According to reports, the suspect who was arrested few days ago is a father of two children and was simply identified as Promise.

After his arrest, the suspect made some shocking confessions and admitted to the crime as he revealed that he also defiled an eight year old girl in his area and touched the private part of another.

When quizzed by the police on how many times he slept with his latest victim, the man lied that it was only twice, a claim which the girl immediately dispelled.

The man later confessed to sleeping with her more than twice.

The report has it that the suspect will be transferred to the Asaba police command for further investigation.
Posted by Daniel Update at 8:43 AM