A 32-Year-Old Man, Jibrin Abu Arrested For Beating His Wife, Victoria To Death In Niger State 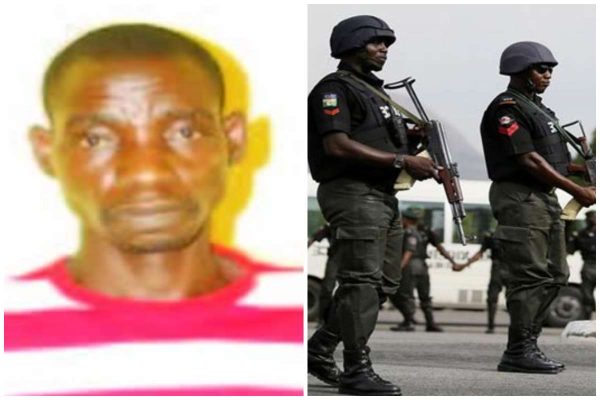 A 32-year-old man, identified as Jibrin Abu, has been arrested for allegedly beating his wife, Victoria, to death in Niger state. The man was said to have beaten his wife to death with a piece of wood over allegations that she cheated on him.
According to the police in Niger state, Jibrin Abu who hails from Dabogi village in Lapai, beat his wife for failing to heed to his warning that she should stop talking on phone to male friends.

Narrating what happened, Abu said his wife is a disgrace to womanhood. He accused her of bringing men into their matrimonial home and that he killed her to save his family name from shame. He said;


“I used a wood to kill her after several warnings for her to desist from taking calls from men in my house. I have been suspecting that my wife was sleeping around with other men in my village but in the heat of an argument, I killed her. My late wife brought men into our matrimonial home and my culture abhors such an act; that was why I killed her to save the family from the shame,”


The spokesperson of the Niger state police command, Muhammad Abubakar, said Jibrin Abu, after killing his wife, attempted to commit suicide by drinking an insecticide, but he was rushed to the Lapai General Hospital by police operatives and was treated.

The spokesperson also made it known that Abu would be charged to court soon.
Posted by Daniel Update at 9:49 AM