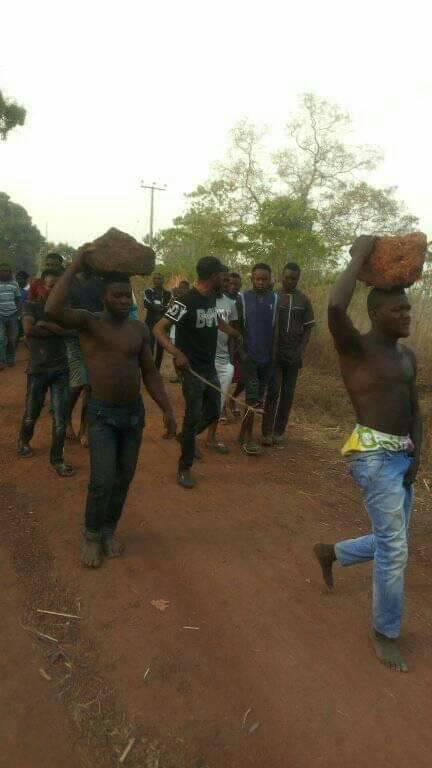 Angry villagers in Benue state have descended heavily on two thieves forcing them to carry stones. Two suspected thieves have been disgraced after they were allegedly nabbed stealing in Benue state.

It was gathered that the men were tracked down by village youths after allegedly stealing a motorcycle in Atakpa area of Otukpo.

They were forced to carry rocks on their heads and paraded around town by the villagers in a bid to serve as a deterrent to others. 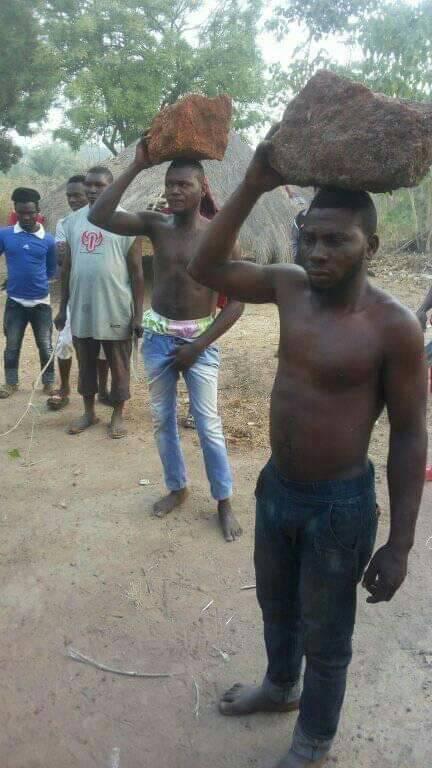