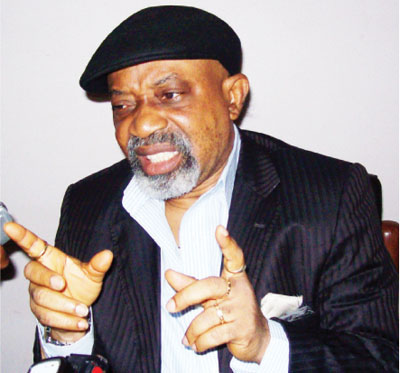 Labour & Employment Minister Chris Ngige has pleaded with striking varsity teachers to show mercy on students by calling off their strike.

The teachers, under auspices of the Academic Staff Union of Universities (ASUU), began a nationwide strike since November, last year, over some disagreement between the union and the Federal Government.

Ngige also declared that Federal Government would pay a minimum wage, adding that things were being worked out by the Committee saddled with that responsibility.

Ngige spoke yesterday in Awka, Anambra State capital, in a chat with reporters at the premises of a local radio station, belonging to the state.

The Federal Government and Labour representatives adjourned their meeting till today after a five-hour deliberation last Friday. At the end of the meeting, the minister said substantial progress was made and that all that is left is a final resolution. Ngige said the problems of ASUU were not caused by President Muhammadu Buhari, but were bequeathed to the present administration by the previous governments based on agreements reached in 2009.

He said: “FG will comfortably pay minimum wage, we want to pay it, but there must be balancing because figures were bandied and we are asking Labour to exercise patience.


“I appeal to ASUU and Labour to have mercy on students and be patient. As far as I’m concerned, we have treated Labour well. And they should also know I’m a comrade and that is why I always intervened on matters that concern them.”

Ngige, who narrated how he became Anambra governor in 2003, said some of the things being faced in governance today were same problems that he confronted, yet, he paid salaries and piled pensions without borrowing.

The minister said he was made governor under compulsion, and such made him to stand his ground when the hurricane invaded Anambra State then, adding that the rest was now history.

Ngige said: “What Buhari is doing now is what I did in office as governor in Anambra, which was mainly my offence that brought the problems. So, Buhari is not the architect of salary issue in Nigeria.”
Posted by Daniel Update at 4:33 AM