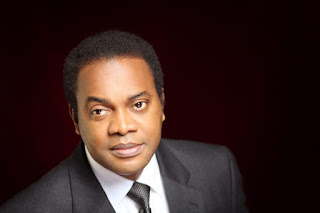 The names of the presidential and vice-presidential candidate of the Social Democratic Party (SDP) is missing from the final list of presidential candidates published by the Independent National Electoral Commission (INEC). INEC published the full list on Thursday. Donald Duke, a former Governor of Cross River State, had won the presidential primary election of the party but his victory had been challenged by Jerry Gana, a former Minister of Information. The matter was taken to court and the court recognized Gana and upturned the result.

After the court ruling, the party disowned Gana, affirming their support for Duke. Meanwhile, Orji Uzor Kalu’s name made it to the final list of candidates contesting seats at the Upper Chamber of the National Assembly.
Posted by Daniel Update at 11:05 AM