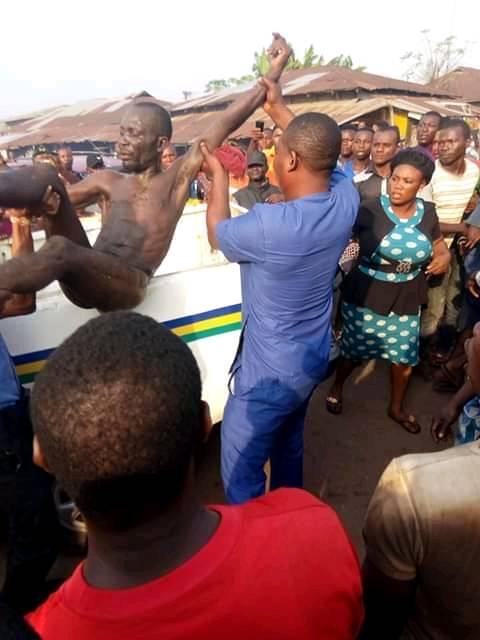 The issue of female underwear theft has got Nigerians wondering what can be done to curb the trending menace. This followed after a middle aged man was recently apprehended while trying to steal panties for alleged ritual purpose.

According to Adero Pius based in Ondo state, few days ago, the suspect met a young boy and allegedly told him to bring his mother’s panties and that he will give him N500 for that.
The young boy told the man to wait for him to go and get the underwear.

When the boy got to the house, he alerted his mother who mobilized some youths from the area and caught the suspect who was waiting for the “market”.

The man was stripped naked and beaten mercilessly by the residents before he was taken away by the police for further investigation.
Posted by Daniel Update at 9:49 AM