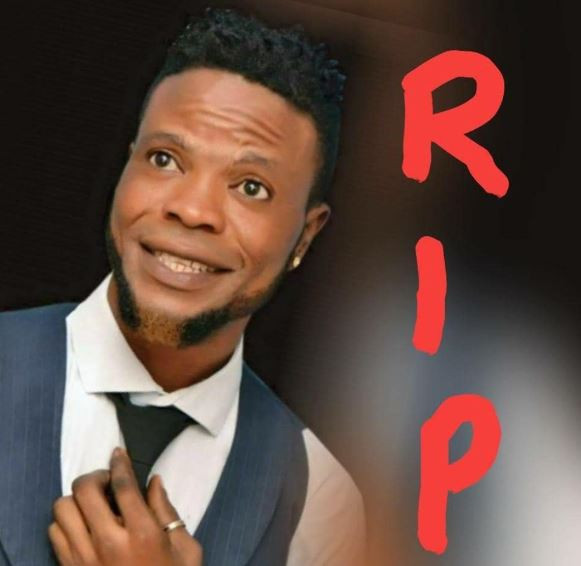 The news has emerged of the sudden death of young Yoruba actor, Adewale Olarenwaju who is more popularly known as 'Ishow Larry'.

The news of his sad passing has left the industry devastated and in shock.

Late Ishow Larry began his career as a makeup artist in the industry before becoming an actor and even went on to produce his own movies including Ole, Agbara and others.

He was said to have been briefly ill before he suddenly died on January 21, 2019.

Friends have taken to Facebook to mourn the late star. 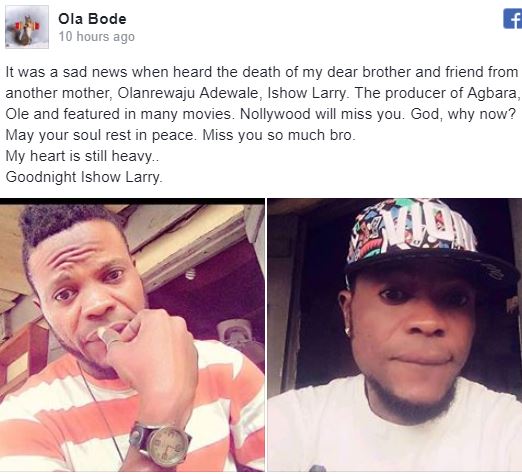 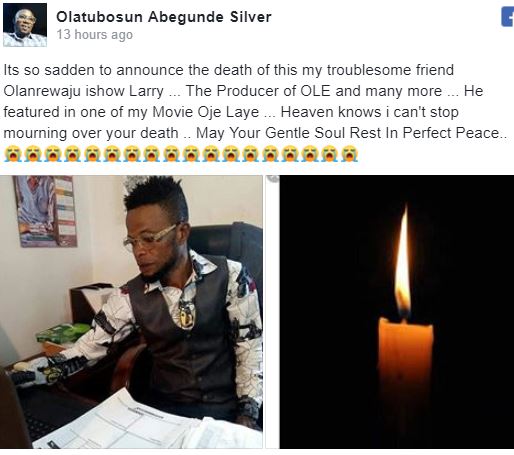 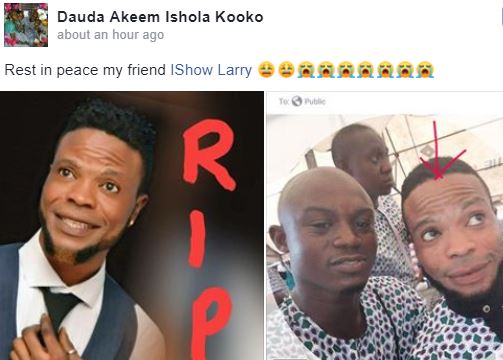 Posted by Daniel Update at 4:59 AM