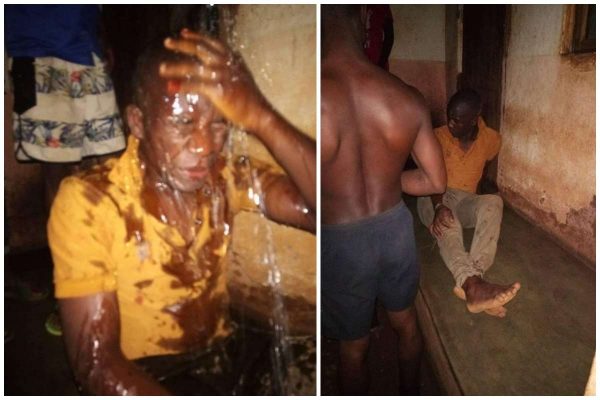 A police officer was punished by angry residents after he was caught red-handed while having sex with a married woman in Lilongwe, Malawi. The policeman was assigned to report for a night shift at his duty post, but he reportedly told his bosses that he was not feeling well including his wife at home. Therefore, he was given an okay to go home. 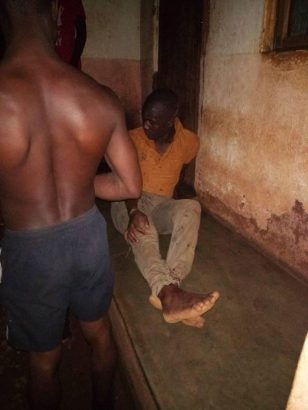 However, some hours later, he was caught red-handed having sex with another man’s wife after the husband tricked his wife that he was going to a funeral ceremony for 3 days.
This was done by the husband to confirm the rumors of his wife’s extramarital affair with the policeman.e
The officer was tied and beaten by the woman’s husband and other residents who had gathered at the scene. It was learned that the policeman was rescued and later taken to the hospital for treatment. 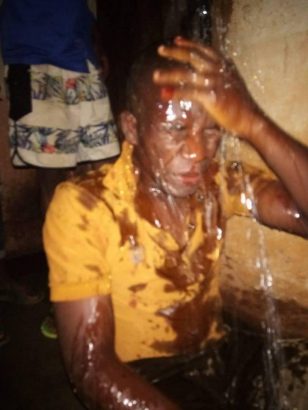 Posted by Daniel Update at 8:34 AM