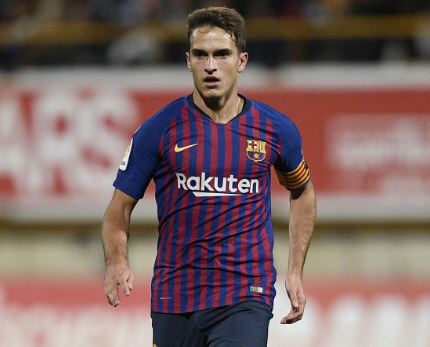 Denis Suarez has posted a farewell message to Barcelona ahead of his anticipated loan switch to Arsenal.

The 25-year-old is expected to be announced as an Arsenal player on Thursday, a day after Barca confirmed the deal before removing the statement from their website.

In the announcement Barca stated Suarez would spend the rest of the season on loan in the Premier League, while also revealing he had penned a contract extension until 2021.

That update was swiftly taken down and official confirmation has yet to come from Arsenal.

However, Suarez's latest Twitter post hints there will be no doubt about the switch after Thursday's deadline. Alongside an image of the Barcelona squad,

Suarez wrote: "You're a group of amazing people!


"Thank you for everything, see you soon. Good luck and Forca Barca."

Suarez, who has played 71 times after signing from Villarreal in 2016, will link up with Unai Emery for a second time after working with the Gunners boss at Sevilla.

The deal taking him to England includes the option for a permanent transfer to be completed in the summer.

Arsenal will hope to be put in a position where triggering that clause is a formality.

They are acquiring Suarez in the hope of seeing him add more attacking creativity to a squad which already boasts plenty of international performers in that area.

Emery said of his desire to get fresh faces on board after a 2-1 victory over Cardiff on Tuesday: "We need wingers.

"Suarez, who I know, has this quality."

Asked whether the 25-year-old Spaniard would handle the physicality of the Premier League, Emery replied: "I don't know now.