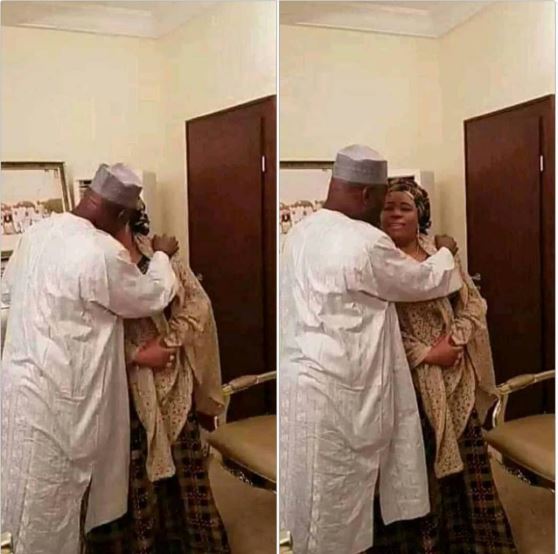 Atiku Abubakar was seen with the woman in a private photo


Mustapha Abu Bakr, who describes himself as a son of the Peoples Democratic Party presidential candidate, Atiku Abubakar, has said that the woman whom Atiku showed affection to in a photo which has gone viral online is his mother.

A member of the Directorate of Media and Strategic Communication of the All Progressives Congress Presidential Campaign Team, Mr. Kayode Ogundamisi, had earlier posted a private photo of Atiku with a woman on Twitter.

He had captioned it, “If it was President Muhammadu Buhari now, they (opposition) would have titled it, ‘Buhari caught on camera flirting with Adamawa PDP women leader.’


“But we won’t do that to you people! We know Atiku was just saying hello! #ElectionIsNotWar.” 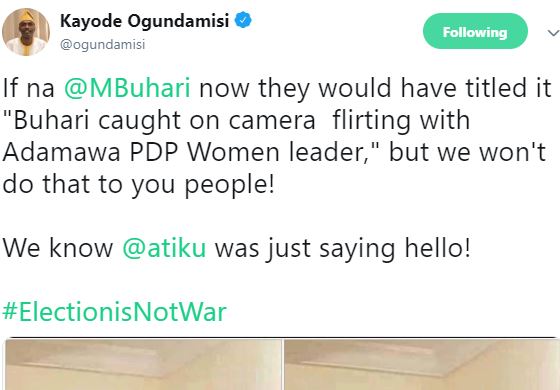 The photo has since been retweeted over a thousand times.

However, Abu Bakr replied Ogundamisi via his Twitter handle @HHMustaphaAA, saying, “The man in the picture (Atiku) happens to be my father and the beautiful lady he is showing affection towards is my mother.


“This attitude is disgusting. Your animosity towards him is understood as a public official, but she is not. Please respect her as a woman and both of them as a couple.” 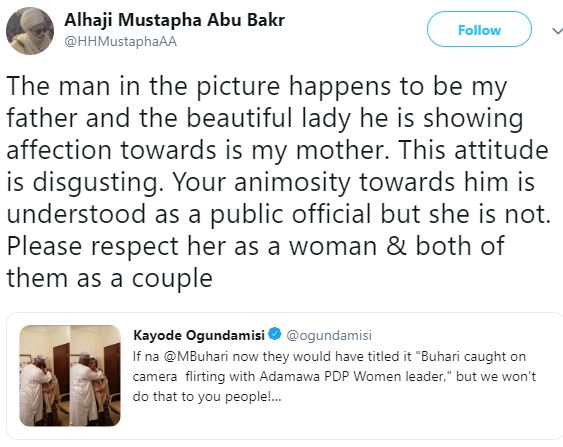