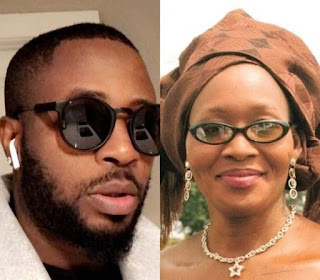 Kemi Olunloyo in a new Instagram post, claimed that she has a full dossier from a US immigration snitch that Tunde Ednut is living illegally in the US.

I have a full dossier from a US immigration snitch that @tundeednut is living illegally in the US. Donald Trump’s Government shutdown actually helps his case as no immigration services are available. No US citizen swearing in, NO DEPORTATION EITHER. Eednut better go file amnesty if that is ever repeated. He has refused to return my messages. As a Journalist I must hear all sides. Meanwhile yesterday was his birthday I hear. HBD 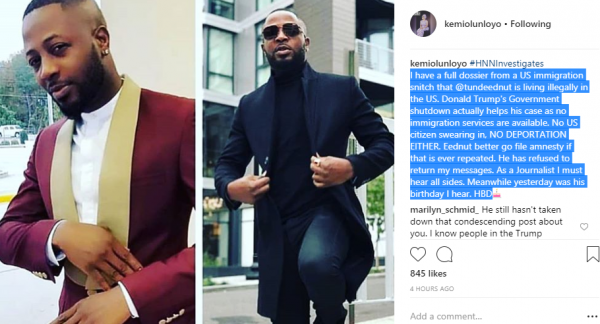