What Doctor Found In MC Oluomo's Blood After Being Stabbed 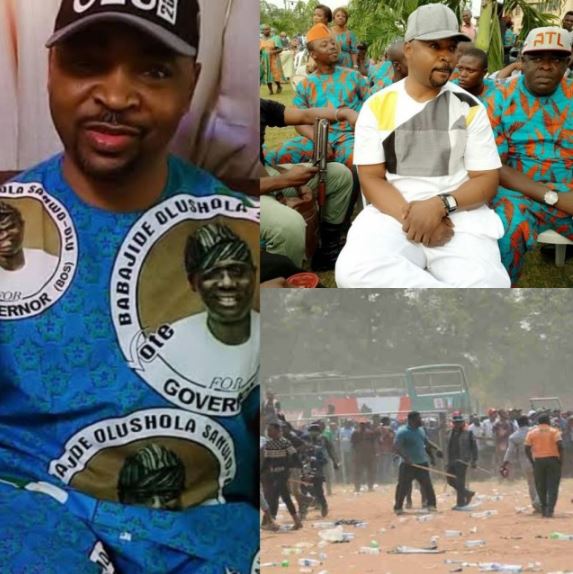 A National Union of Road Transport Workers (NURTW) leader Musiliu Akinsanya, popularly referred to as MC Oluomo was stabbed with a poisoned knife at the Lagos APC rally yesterday.

An APC chieftain who was at the venue made the revelation to The Pulse on condition of anonymity.

“MC Oluomo was stabbed twice with a poisonous knife called Makenje (which literally translates to don’t touch blood). All the VIPs were spirited out of the venue by security personnel. It was like a war zone with sophisticated guns and machetes on display”, he said.

Another source opened up that the violence was orchestrated by persons who are still angry that Ambode was schemed out of the 2019 governorship race and disgraced, as Sanwo-Olu was settled for by the powers that be.

“It was well planned by top politicians. This was carried out by thugs loyal to Ambode’s camp. These thugs and the politicians who put them up to this are still angry that Ambode didn’t get a second term ticket.


"The plot was to disrupt the rally and turn attention away from the candidate Sanwo-Olu. And you have to say they succeeded to some degree”, says the source.

MC Oluomo wasn’t supposed to be rushed to the hospital after being stabbed, because he supposedly wears a spiritual armour that shields him from gun, knife and other dangerous weapons. Which was why the knife used to stab him was a poisoned one.

But he was expected to be inured from the venom of a poisoned knife, no less.

In other words, MC Oluomo was supposed to be ‘unkillable’.

“The only way they could break through MC Oluomo’s skin was to poison the knife and as I speak with you now, native and medical doctors are battling to keep him alive by extracting the venom from his system. It’s 50:50 for him now”, another APC source shares.

Another source mentioned that MC Oluomo is recovering in hospital after “doctors and two elderly jazzmen (native doctors) extracted the poison from his system.

“The man who stabbed MC Oluomo lives on Apapa Road in Ebute Metta. Forget what the Commissioner of Police is telling you”, the APC source offers.
Posted by Daniel Update at 6:06 AM