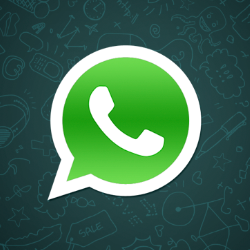 In a bid to curb the spread of fake news on its platform, WhatsApp has announced that it’s limiting the number of times a user can forward a message to five individuals/groups.

According to Reuters, Victoria Grand, vice president for policy and communications at WhatsApp, said at an event in Jakarta:

“We’re imposing a limit of five messages all over the world as of today.”

WhatsApp had implemented the measure in India in July 2018 after the spread of rumours on social media led to killings and lynching attempts.

From Monday, users who update their app, will no longer be able to forward messages to a maximum of 20 individuals or groups as was the case before.
Posted by Daniel Update at 7:58 AM