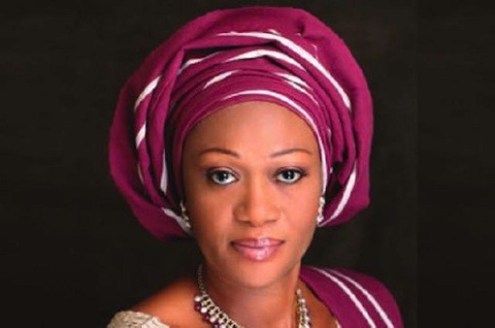 The Returning Officer, Prof. Oyeyemi Oyedola of the University of Lagos, said Mrs Tinubu of the All Progressives Congress (APC) polled 131,735.

She defeated Onitiri David of the Peoples Democratic Party (PDP) who scored 89,107 votes.

“l, Professor Oyeyemi Elijah Oyedola, hereby certify that as the returning officer, Lagos Central Senatorial District with the election held on 23 of February 2019 that the election was contested among 14 candidates.


“I declare that Tinubu Oluremi Shade of the APC has satisfied the requirements of law and scoring the highest number of votes, hereby declared the winner and returned elected having polled 131,735 votes,” he said.

The INEC Electoral Officer in Lagos Island, Mr Sodiq Abubakar, lauded the security agents for their support towards ensuring a free, fair and credible election.

Abubakar said that no causality was recorded during the period of the election and urged the stakeholders to keep it up.

Posted by Daniel Update at 8:08 AM