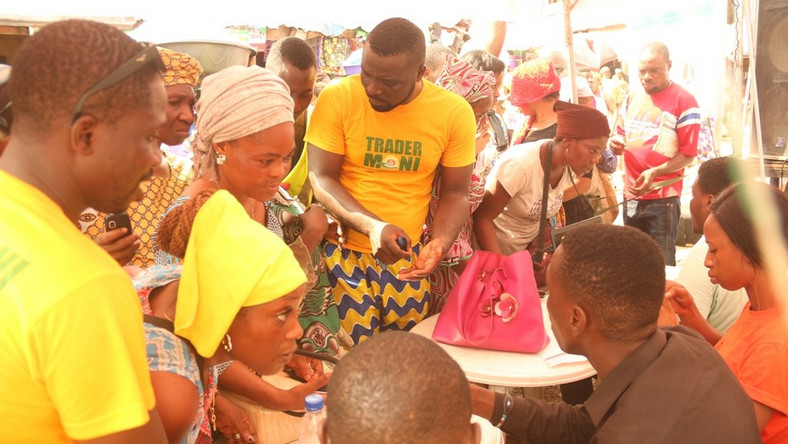 It was gathered that the suspected political thugs distrupted the planned disbursement when officials of the programme were compiling the names of prospective beneficiaries at the stall of the Iyaloja, Mrs. Ramotalai Olatunji .

When Punch Metro visited the market after the distruption, some scanty number of women were seen sitting under the canopy waiting for the officials of the programme .

‘Trader Moni’ is a Federal Government intervention programme for petty traders under the Government Enterprise and Empowerment Programme.
Posted by Daniel Update at 11:13 AM