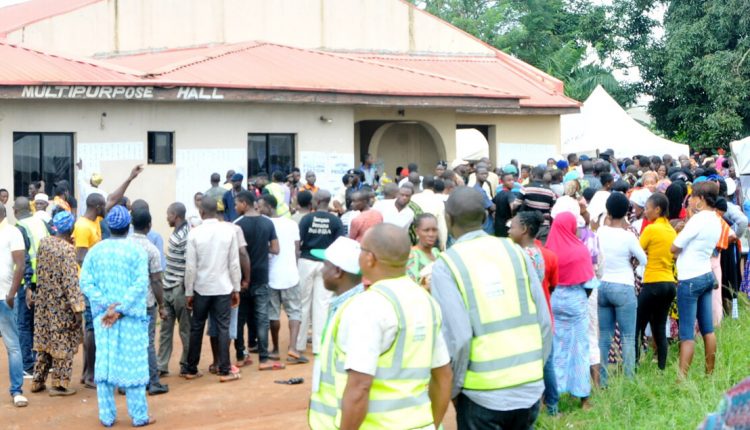 The Returning Officer for the Ogun East Senatorial District, Prof. Chris Nwoka, has declared elections into the Senate for the district inconclusive, Punch Metro reports.

At the conclusion of collation of results from the nine local government areas, the APC had a total of 84,929 votes, while the PDP polled 82,457 votes.

Nwoka was about to declare the APC senatorial candidate, Senator Mustapha Olalekan, the winner over his closest rival, Sosanwo Ayoola of the PDP, when there was chaos in the hall.

It was observed that results were cancelled in Ward 10, Ajebandele, in the Ijebu East Local Government Area of the state.

The total number of voters in the ward exceeded the difference between the two leading parties.

However, Punch Metro reports that the entire ward results were cancelled because the number of voters in one of the units exceeded the number of accredited voters.

The electoral officer in charge of the ward was not available to clarify the issues, hence the decision of the returning officer to declare the elections inconclusive.

It was learnt that the confusion would be sorted out at Abeokuta, where all the broadsheets had been taken to.

Posted by Daniel Update at 7:44 AM