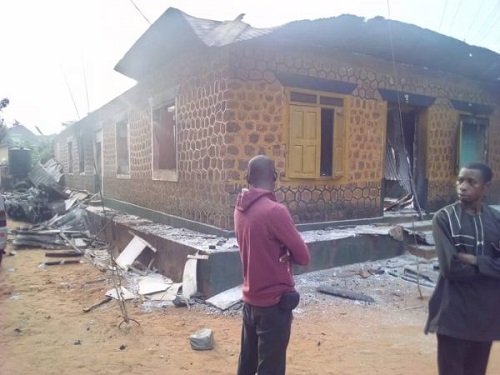 A police station in Ajali Orumba North Local Government Area of Anambra State has been gutted by fire.

According to a source, several policemen were beaten up before the station was set ablaze.

Several detainees were also said to have been released by people suspected to be members of proscribed Indigenous People of Biafra.

The source said, “They were shouting, ‘no election in Biafraland'”. 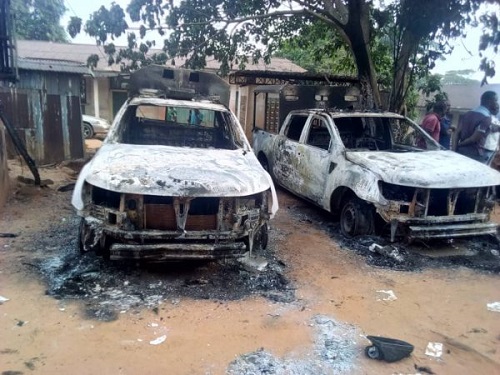 Reacting, the police said, “It’s a case of fire incident for now until the contrary is proved through discreet investigation.

The Police Public Relations Officer in the state, Haruna Mohammed said, ” The Commissioner of Police, Mustapha Dandaura is presently at the scene for on the spot assessment.”

“He (CP) ordered the DC Department of Criminal Investigation and Intelligence Department to conduct a thorough investigation in order to ascertain circumstances surrounding the incident,” Mohammed stated.

See photos from the burnt police station:
Posted by Daniel Update at 10:13 AM