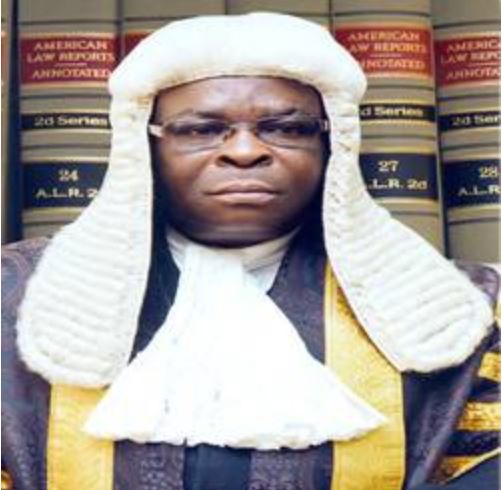 The Code of Conduct Tribunal (CCT) has ordered the Inspector General of Police (IGP) to arrest and produce before it on Friday, the suspended Chief Justice of Nigeria (CJN) Justice Walter Onnoghen, TheNation has reported.

CCT Chairman, Danladi Umar gave the directive on Wednesday while granting the prosecution’s request that Onnoghen must be compelled to attend the tribunal and plead to the charge of breach of code of conduct (non-declaration of assets) pending against him.

Umar, in a ruling, after taking argument from Aliyu Umar (SAN), for prosecution, and Adegboyega Awomolo (SAN) for the defence, granted the request of the prosecution for the issuance of a bench warrant against Onnoghen.

The CCT Chairman subsequently scheduled next Friday for his (Onnoghen’s) arraignment.
Posted by Daniel Update at 8:43 AM