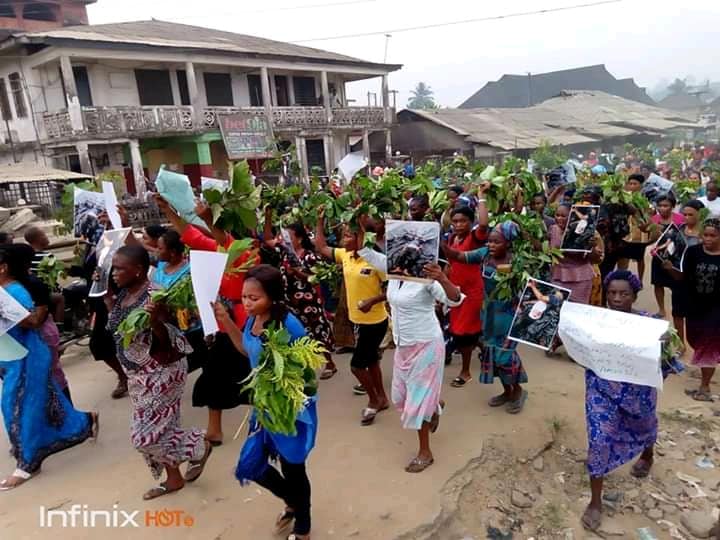 The woman poured out to the streets

Women in Akwa Ibom State have taken to the streets of Oron local government area to protest against the importation of militants by politicians to cause havoc and disrupt the peace and unity of the area for their selfish interest.

Following the postponement of the rescheduled presidential and national assembly elections, many thugs were arrested at several locations across Akwa Ibom state.

The hoodlums were reported to have also killed some victims while causing havoc in some communities. 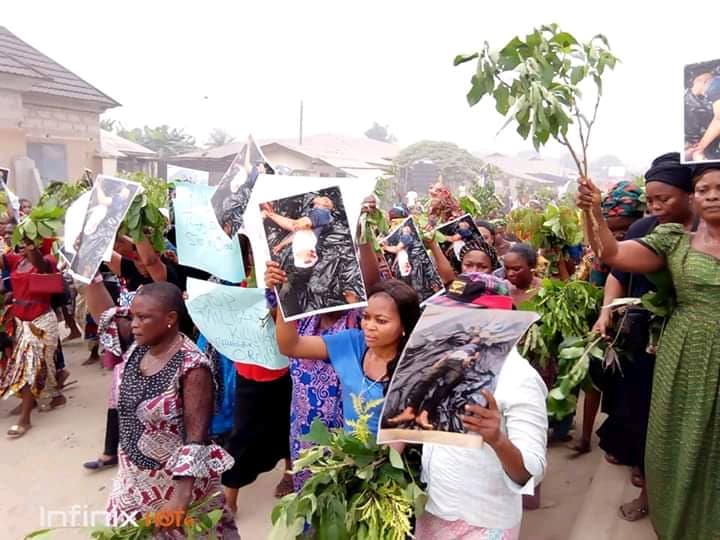 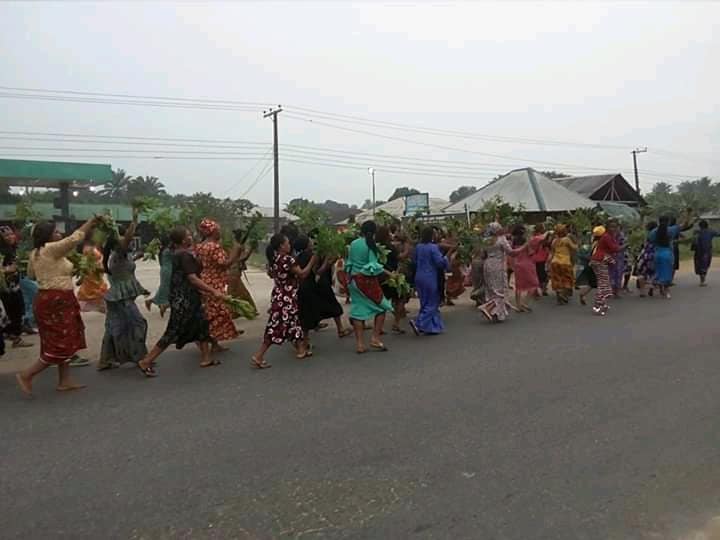 Posted by Daniel Update at 5:35 AM