Photos Of Supporters Who Reportedly Collapsed During Atiku's Campaign In Kano 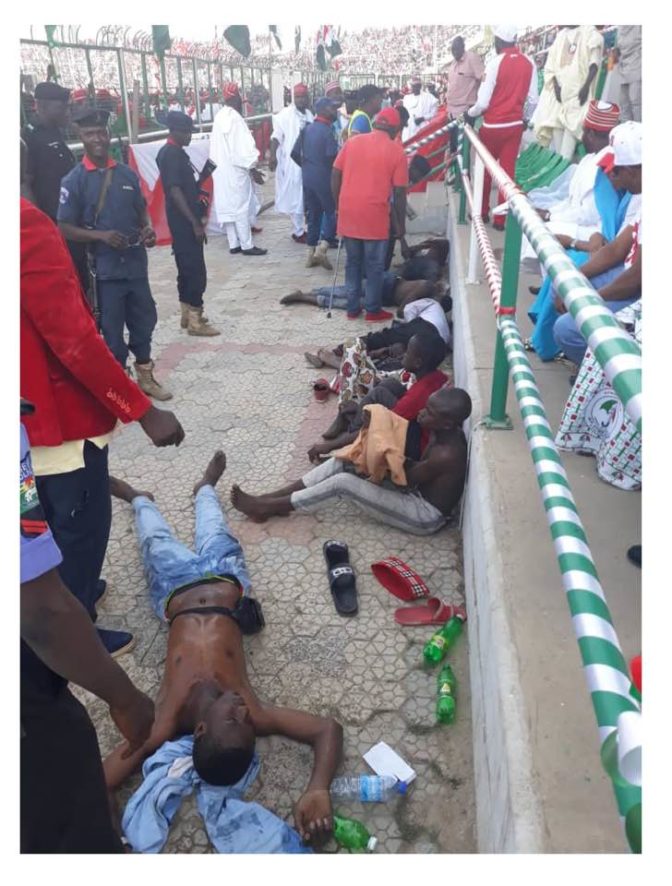 A photo of those who reportedly collapsed

Nine persons slumped at the Sani Abacha Stadium in Kano where the rally of Atiku Abubakar, presidential candidate of Peoples Democratic Party (PDP), is ongoing.

Massive crowd flooded the stadium, making it difficult for movement within the facility. TheCable reporter at the venue of the rally said he counted eight persons lying on the ground while security operatives made arrangement for them to be taken to the hospital.

Six of those who fainted were males while the remaining three were females.

People lined up the streets to welcome Atiku to the ancient town. As soon as he arrived in the city, the presidential candidate headed to the palace of Muhammadu Sanusi, emir of Kano.

Less than 10 minutes drive distance from the airport to the tomb of Aminu Kano took the candidate over an hour and even more than that to get to the palace of the emir of Kano.

At the tomb of the politicians called, a wall collapsed as the crowd surged to catch a glimpse of the presidential candidate and his team.

From about 11am when Atiku arrived Kano, he was only able to reach the venue of the rally at 6 pm as the mammoth crowd lined the streets obstructing traffic following him to all the places he visited.

Rabiu Kwankwao, former governor of Kano, led the crowd as the PDP leaders moved from one place to the other. 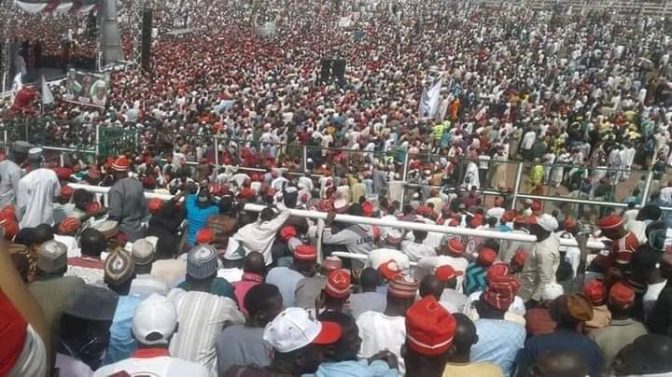