See How Man Punished Rat For Chewing His Phone Charger 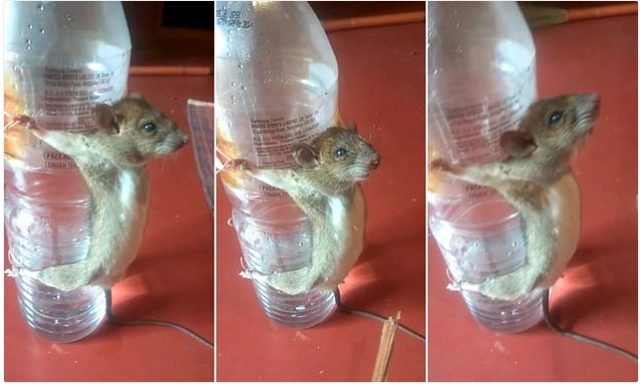 
In a video that went viral, a man from India strung up a rat to a plastic water bottle, exposing his belly out for the beatings he administered on it.

The man kept on beating the rat on the head and belly, while asking it why he chewed his cord.

The man also showed the severed chord of his charger to the mouse, and said; “Why did you bite this causing me a loss of eighty rupees (one pound). Will your father or mother pay me for the loss now?”

Indian animal rights activists are outraged after the video emerged earlier this month and have urged officials to trace the man and arrest him for cruelty towards animals.

Noted animal rights activist Subhendu Mallik said: ‘While killing a mouse is not illegal, this kind of torture is unwarranted.’This is a crime under Prevention of Cruelty to Animals Act 1960 and officials should act.’
Posted by Daniel Update at 7:23 AM