Shocking: Carpenter Electrocuted In Broad Daylight While Working On A Roof In Delta (Photos) 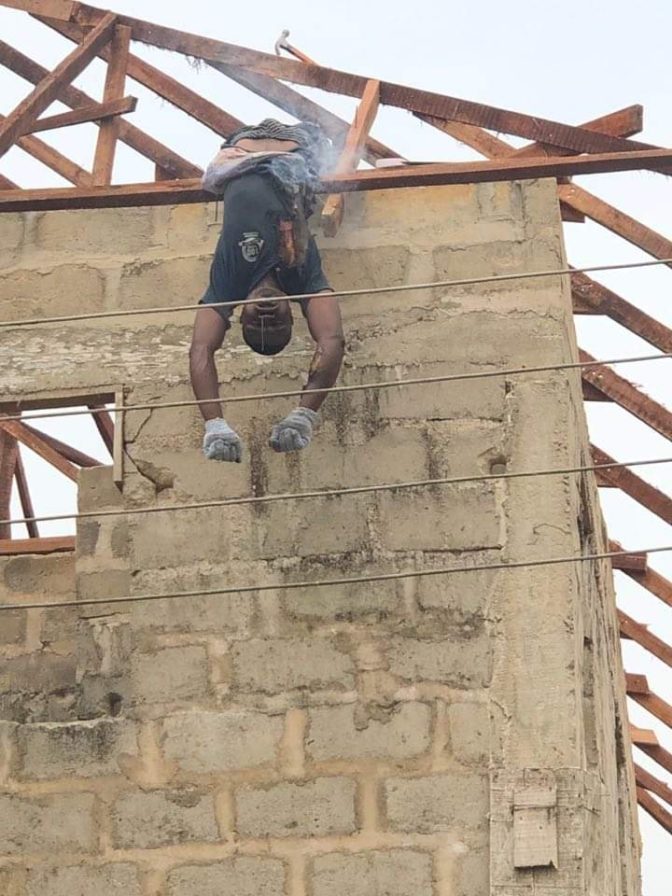 The man was killed while at work

In what will come across as a heartbreaking development, a carpenter has been died a really tragic death while he was working on the roof of a house.

The very sad and shocking incident happened in Delta state.

Local reports show that the deceased was roofing an uncompleted building in Sapele area of the state before he got electrocuted after a wood he was carrying touched an electric wire. 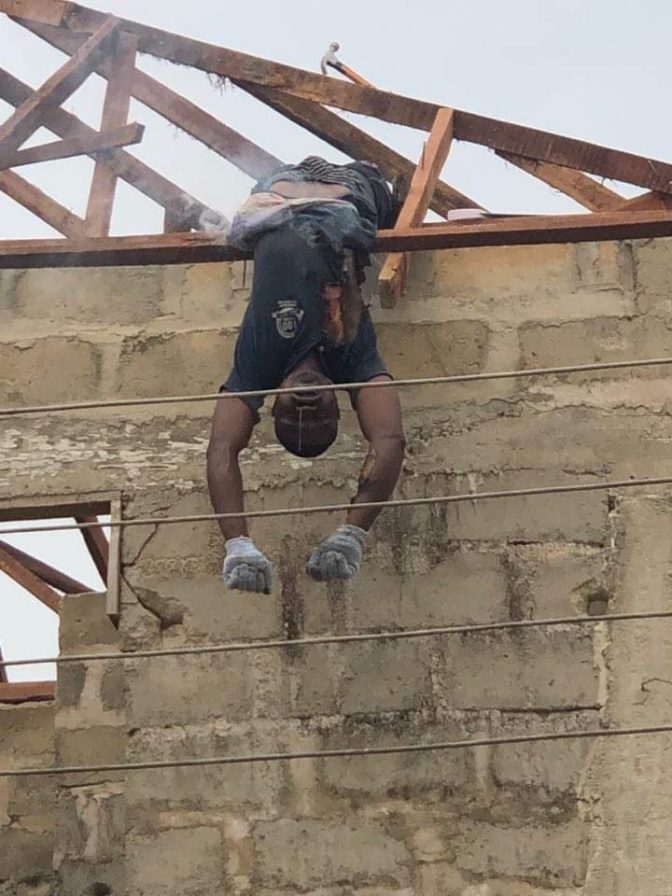 The yet-to-be identified man was severely electrocuted to the extent that smoke kept oozing out of his body. The incident has caused serious stir in the area.

Efforts are being made to remove the corpse from the scene.
Posted by Daniel Update at 12:15 PM