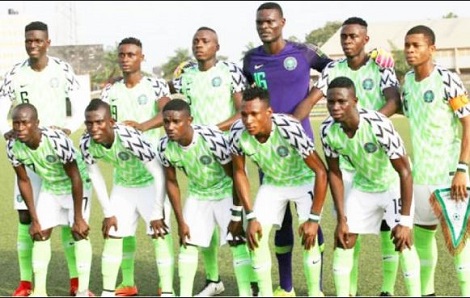 The Flying Eagles will wear black armbands when they battle Mali in the semi-final of the 2019 U-20 Africa Cup of Nations on Wednesday, in honour of former Secretary General of the Nigeria Football Federation, Taiwo Ogunjobi, who died on Monday in Ibadan.

“We’ve received the go-ahead from CAF for the Flying Eagles to use black armbands. It is the least honour that we can accord such an accomplished man who was a football person through and through,” Bola Oyeyode, NFF’s Director of Competitions, told thenff.com.

Seven-time champions Flying Eagles have already qualified for the 2019 U-20 World Cup but head coach Paul Aigbogun says his side are working towards returning back to Nigeria with the trophy and will approach the game with all seriousness at the Stade General Seyni Kountche in Niamey.

“We set the World Cup ticket as our first target for the championship. We have that now, so we are relaxed to go in there and give our best for the second target of winning the trophy, while playing without tension or stiffness,” Aigbogun said.

The Malians would be gunning for revenge after ending up on the losing side against the Nigerians at the WAFU U-20 Cup Tournament in Lome, Togo last December, despite leading for most part of the tie. But the Flying Eagles snatched a late equaliser through defender Valentine Ozornwafor, before going ahead to win on penalties.

The Flying Eagles topped Group A with seven points after wins over Burundi and hosts Niger and a goalless stalemate against South Africa. Mali finished second in Group B with six points, beating Burkina Faso and Ghana, but were defeated by group leaders Senegal.

Super Eagles coach, Gernot Rohr, who is with the Flying Eagles in Niamey, told thenff.com, “It’s going to be an interesting game because the Malians are difficult to play. They are strong and run a lot. But I see Nigeria throwing everything into the fray and doing everything to curtail the Malians by playing a strong game and showing the passion to reach the final.”
Posted by Daniel Update at 8:35 AM