7 Facts You May Not Know About Asiwaju Ahmed Tinubu 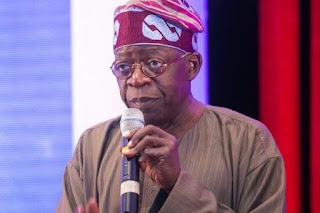 A leader is described as a person who leads or commands a group, organisation or country.

Leaders exists in all aspects of life and in the field of politics, certain leaders have singled themselves out as role models.

Asiwaju Bola Tinubu, the national leader of the All Progressives Congress party, stands tall among them. He is regarded as a patriotic elder statesman and Pan-Africanist to the core who remains a great inspiration to the African youths.

In celebrating the 67th birthday of the great leader, here are ten (10) facts you may not know about Asiwaju Bola Tinubu.

1). He holds the chieftainships of the Asiwaju of Lagos and the Jagaban of the Borgu Kingdom in Niger State, Nigeria.

2). He is a degree holder in Accounting from Chicago State University

3). In March 2009, there were reports that a plot had been uncovered to kill Chief Bola Tinubu.

5). With his successful academic profile, young Bola contested and won his first political election as the President of the Accounting Society of the institution in his final year at the University.

7). He was born and christened Adekunle Bola Ahmed Tinubu on the 29 of March, 1952 in Lagos, Nigeria.

Culled from TheNation.
Posted by Daniel Update at 12:35 PM