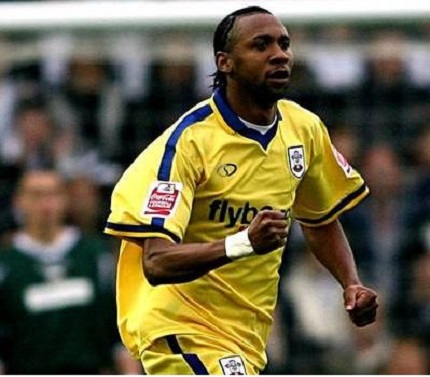 Former Southampton and Portsmouth midfielder Jhon Viafara has been arrested in his native Colombia on a US drug warrant, officials said.

For a decade, the cartel moved large shipments of cocaine on fast boats and semi-submersibles through the Pacific Ocean to Central America and on to the US.

Viafara was arrested along with four other people near the southern city of Cali after being involved in a car accident.

Police said he was speeding while driving intoxicated.

The 40-year-old played for several Colombian club teams and the national team, as well as Portsmouth, Southampton and Spain’s Real Sociedad, before retiring in 2015.

Colombia’s booming cocaine trade has sometimes lured football stars who in retirement struggle to maintain the lifestyle they grew accustomed to in their playing days.

A month ago, former national team defender Diego Leon Osorio was convicted for distributing narcotics.
Posted by Daniel Update at 4:04 AM