I Can't Sleep Since Loss To Manchester United - Mbappe 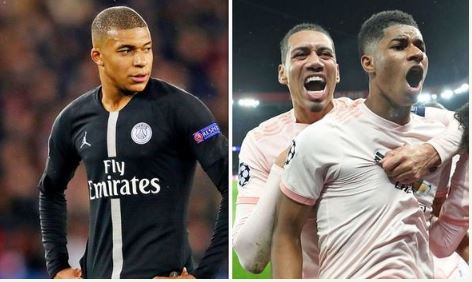 Kylian Mbappe, a Paris Saint-Germain striker has disclosed that he can't sleep since his club's loss to Manchester United in the Champions League on Wednesday.

Mbappe who failed to score as United came back from a 2-0 first-leg deficit to win 3-1 in Paris and advance on away goals, told TF1’s Telefoot that he is stunned and can't sleep since their loss to Manchester United.

He said; “I am stunned – there are no words. I have not been able to sleep and I think it has been the same for everybody else. It is difficult. We worked hard to reach that point and now we are out. We are disappointed. Football goes on. We will try to rally and finish the season.


“Honestly, it was our goal – we were working towards it each day. The supporters were with us too. The stadium was full, the fans did their job and got behind us – it was a truly magical atmosphere and we spoiled the party. We did not want to ruin it, but we did.


“It is complicated, particularly after what happened, and there are many people who doubt us. However, I still believe in this project – I am sure we will do something good for the club with the fans’ support. I hope that they continue to get behind us. They have always been in the right. Now, we have to do some things.


“I think that, together, we can start to move in the right direction again and ask the right questions. I think that we can achieve something good in the future. We will keep working because that it is all that we can do. We will try to improve day after day, as when you get eliminated, you are missing something – you are not up to it. Now, we have to finish the season in the best way and prepare better for next year.”
Posted by Daniel Update at 8:36 AM