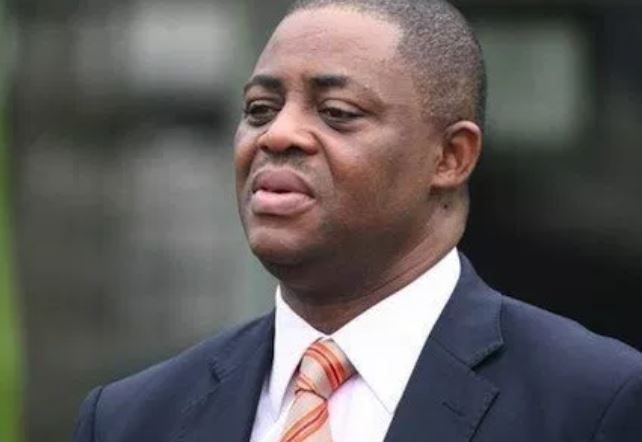 The ex-minister took to Twitter on Wednesday to name some of his “friends and brothers” that have allegedly quit the main opposition party.

He wrote, “First it was Musiliu Obanikoro, then Iyiola Omisore, then Gbenga Daniel and now Jimi Agbaje. All my closest friends and brothers are abandoning ship and leaving PDP. Ouch!” 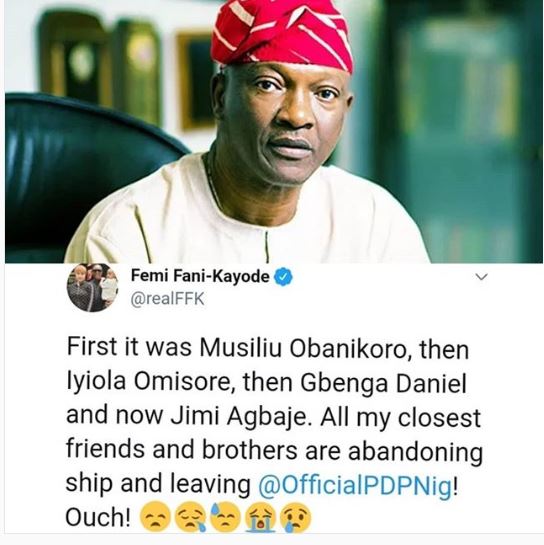 Fani-Kayode added sad face and crying emojis to the post.

Obanikoro was a Minister of State for Defence under the PDP administration of President Goodluck Jonathan, but has since returned to the APC.

Omisore teamed up with APC in the 2018 Osun gubernatorial election despite being the PDP gubernatorial candidate in the state in 2014.

Daniel was Director General of the Atiku Campaign Organisation in the period leading to the 2019 general election, but has since expressed his readiness to join the APC.

Agbaje was the gubernatorial candidate of the PDP in the March 9 gubernatorial election in Lagos.
Posted by Daniel Update at 8:02 AM