Why I Worked Against Dapo Abiodun - Adebutu 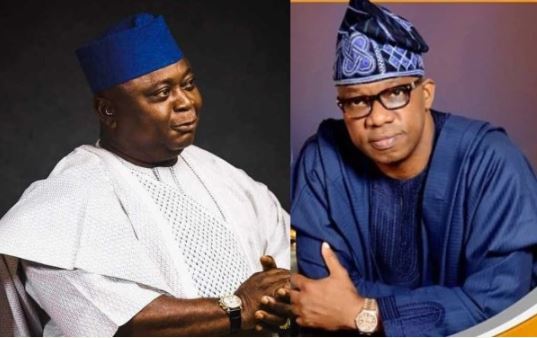 
Oladipupo Adebutu, a factional governorship candidate of the Peoples Democratic Party in the 2019 elections in Ogun State has disclosed why he worked against Dapo Abiodun, the Governor-elect of the state.

Dapo Abiodun in a statement released by his media aide, Afolabi Orekoya, said he was merely interested in making a government that works for the people. He also disclosed that he will not defect to the APC, but will support the governor-elect in the interest of the people.

“All I did during the last elections was tailored towards establishing a government that would work for the people,” he said.

“It is time for the government to consider the situation at Tai Solarin University of Education, Olabisi Onabanjo University Teaching Hospital, Olokola Liquefied Natural Gas and have compassion for government employees,” he added.
Posted by Daniel Update at 10:40 AM