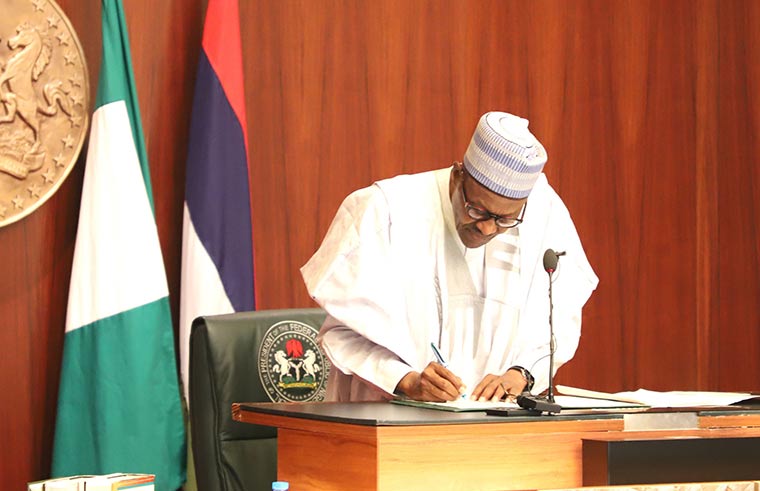 
According to Daily Trust, it has been reliably gathered that President Muhammadu Buhari has assented to the National Minimum Wage.

Sources in the State House told Daily Trust that the president assented to the bill today.

Presidential adviser on National Assembly (Senate), Sen Ita Enang is being expected to brief the State House Correspondents on the development.

Recall that the Senate in March approved the sum of N30,000 as national minimum wage for both the federal and state governments.

The approval followed the adoption of the report of the adhoc committee on the National Minimum Wage chaired Deputy Chief Whip Francis Alimekhena (APC, Edo).

The Senate approval followed that of the House of Representatives, which equally approved N30,000 as national minimum wage in January.