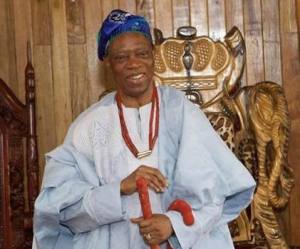 
According to a report by Vanguard, the Olowo of Owo in Ondo state, Oba Folagbade Olateru Olagbegi CFR is dead.

He was installed as the traditional ruler of the ancient town in 2003 by the late governor Olusegun Agagu. He was appointed Chancellor of the University of Benin in 2005 and later chancellor University of Abuja.

He is currently chancellor of the University of Jos and former chairman of the Ondo council of Obas.

He was married to Olori Ololade Olateru Olagbegi and the family was blessed with children and grandchildren.

Details later…
Posted by Daniel Update at 11:54 AM