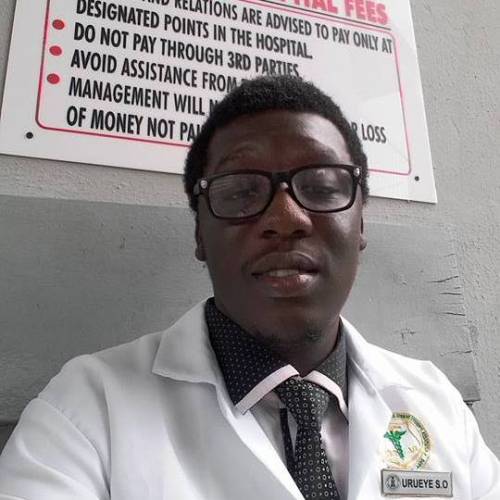 
According to SaharaReporters, the Lagos State Police Command says two suspects are currently being interrogated in connection to the murder of Stephen Urueye, a University of Lagos (UNILAG) graduate and House Officer at Lagos University Teaching Hospital (LUTH).

Elkana Bala, the Public Relations Officer (PRO) of the state command, confirmed this to SaharaReporters on Friday.

Urueye was stabbed to death on Thursday night right in front of the LUTH gate at Idi-Araba, Lagos.

Students of UNILAG protested the death of Urueye, who participated in the varsity's convocation ceremony only on Wednesday.

The protesting students said Idi-Araba Road is notorious for habitual robberies and killings by hitmen.

"We want the Police to do something about it," one of them told SaharaReporters. "We are doctors, saving lives. It can't be that our own lives are not safe."

The command's PRO said two arrests had been made and the suspects under interrogation.
Posted by Daniel Update at 12:15 PM