Don Jazzy Finally Reveals Why He Is Yet To Get Married 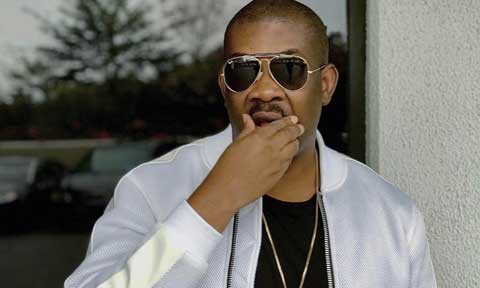 Don Jazzy, chief executive officer of Mavin Records, says conflict of choice is the reason why he is yet to get married.

The multi-talented producer, whose real name is Michael Collins, said this in a recent episode of “Street Hop” on Hip TV.

“There are a lot of amazing people, that’s why I can’t pick one. It doesn’t have anything to do with my status. I have trust issues but I feel like even if I wasn’t Don Jazzy, I probably would be the same,” he said.

The disclosure is coming at a time when the leading music producer took to his Instagram account to tease that he now has a girlfriend.

Speaking about artistes who back out of music deals with his label, Don Jazzy said he has learned to move on in the face of the fast-growing nature of the country’s music industry.

“The Nigerian music industry has come a long way. We used to get sentimental about these things and some still are. Unlike when it used to take everyone unawares, people have gotten used to it,” he explained.

“I’ve been through almost every scenario you can think of in the music industry. It’s not the end of the world. You get to realize that these things happen. If you get to a point where you feel you can do it by yourself, then why not?”

It would be recalled that Don Jazzy unveiled Rema as the newest member of his music label on Friday, March 22, 2019.

The announcement comes on the back of a multimillion-dollar investment in Mavin Records by Kupanda Holdings, a global private equity firm.
Posted by Daniel Update at 8:41 AM