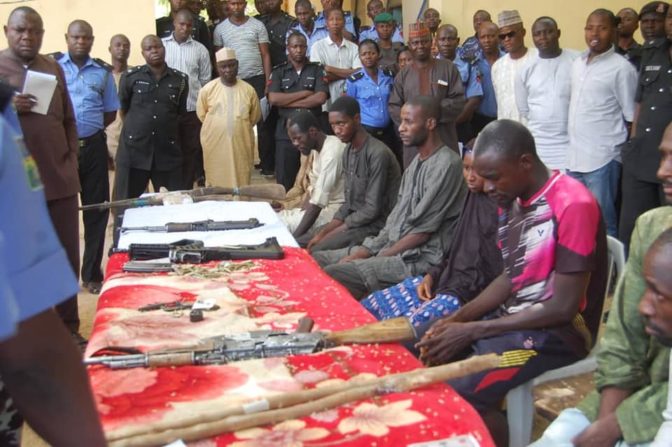 A female kidnapper and her gang members have been apprehended by security operatives after a gun battle. Police officers in Katsina State have succeeded in the arrest of a suspected female kidnapper after a fierce encounter in Sabon Layin Sira village of Kafur LGA.

This was contained in a press release signed by the Katsina State command Commissioner of Police Sanusi Buba and gotten by Katsina Post.

Bellow is the press release:


Quote
ARREST OF A SUSPECTED FEMALE KIDNAPPER AND RECOVERY OF TRAVO-21 RIFLE, BREECH NO.38801176 WITH SEVENTY NINE ROUNDS OF 5.6MM LIVE AMMUNITION;

On 11/04/2019 at about 13:00hrs, based on credible intelligence, the Command succeeded in raiding a criminal hideout at Sabon Layin Sira village, Kafur LGA of Katsina state. After a fierce encounter with the bandits, the Police team succeeded in dislodging them. A search was immediately carried out in the camp and the following exhibits were recovered:

However, on the same date at about 17:00hrs, one Safiya Alhaji Yakubu, ‘f’, aged 41 yrs of Runka village, Safana LGA of Katsina state was arrested roaming around the camp.

In the course of investigation, she confessed to being the wife of the owner of the recovered rifle, one Alh Yakubu ‘m’ of Runka village, Safana LGA of Katsina state and mentioned three others now at large. 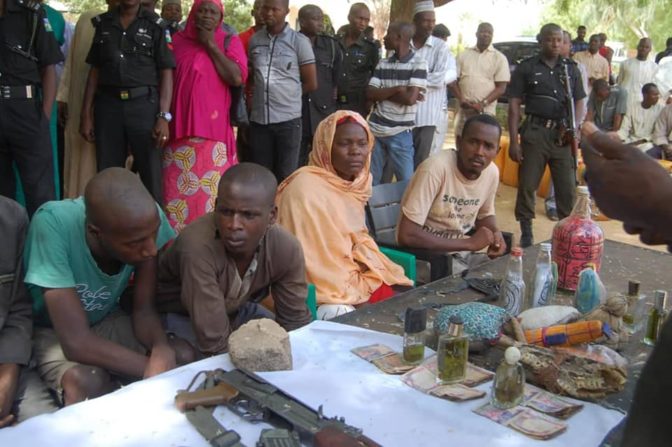 Posted by Daniel Update at 3:37 PM