Goje To Declare For Senate Presidency Next Week 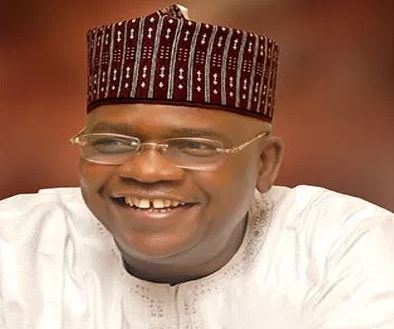 The Chairman of the Senate Committee on Appropriations, Mohammed Danjuma Goje, will formally declare for the position of senate president next week after the passage of the 2019 budget, a ranking senator has said.

The senator, who did not want to be named, said Goje delayed his declaration because of his commitment towards the quick passage of this year’s budget which was before his committee.

The senate fixed Tuesday next week for the consideration and passage of the 2019 budget. It is after the passage that Goje will make his official declaration, the ranking senator said. Already, Senate Leader, Ahmad Lawan (APC, Yobe), and Sen. Mohamed Ali Ndume (APC, Borno) have declared their intention for the race.

The APC national leadership zoned the position to the North East and adopted Lawan as its sole candidate. North East stakeholders, including the North East Consultative Forum (NECF), and five other groups in the zone, last week, endorsed Goje and demanded for his immediate declaration for the position.

A serving APC lawmaker said Goje did not want to combine his legislative work on the budget with the aspiration to vie for the senate presidency. He said other groups from across the country were mounting pressure on the former Governor of Gombe State to contest for the presidency of the red chamber.

The senator said Goje was of the belief that the passage of the budget should be paramount to all in view of its importance to the smooth running of the country.

“His priority is to get the budget passed for the prompt assent of Mr. President. As a committed loyalist of the president and APC, he doesn’t want anything that would delay the passage of the budget. He is of the view and conviction that the success of the president is his and that of all Nigerians.


“This was why he worked tirelessly and religiously to ensure the victory of the president, the governorship candidate and all others who vied on the platform of APC in Gombe State,” he said.
Posted by Daniel Update at 1:54 PM