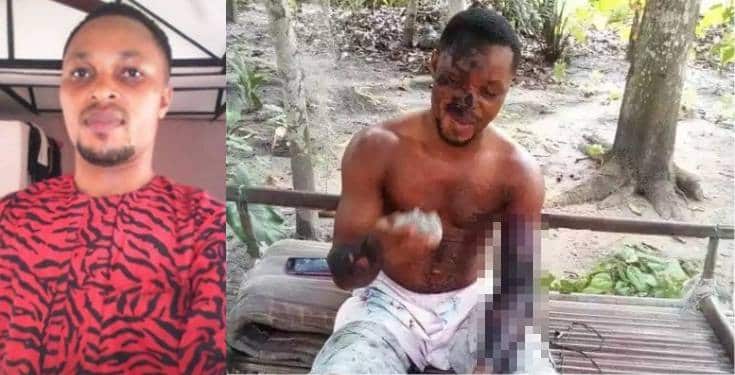 Atago Endurance, has been taught a bitter lesson by the girlfriend after she poured hot water on him in Upatabo, Rivers State.

It was gathered that the woman identified as Uluma poured her boyfriend hot water after she discovered that he was cheating on her with another girl.

Uluma had wanted to have Atago all to her self alone and never wanted to see him around another woman, according to Onyeka Simeon who broke the news on social media.

Read what Simeone wrote and photos below.

“An event occurred in upatabo, were this handsome boy called Atago Endurance was pour with a well boied,hot water by this girl called Uluma, his girlfriend.because she told the boyfriend not to go out with his boyfriend. And one funing thing she never want any girl outside to take over the boy because she filled that no handsome boy like Atago Endurance in her life” 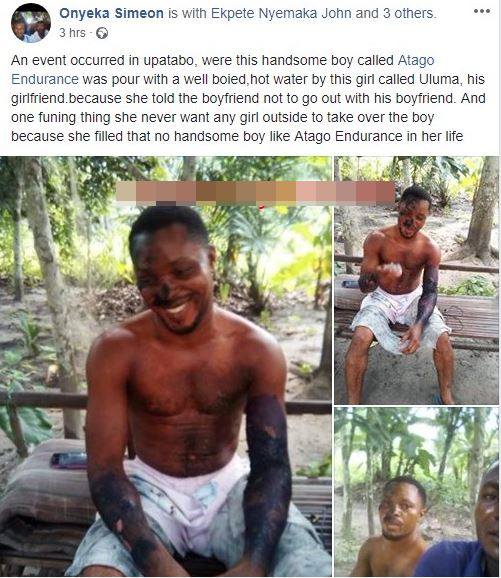 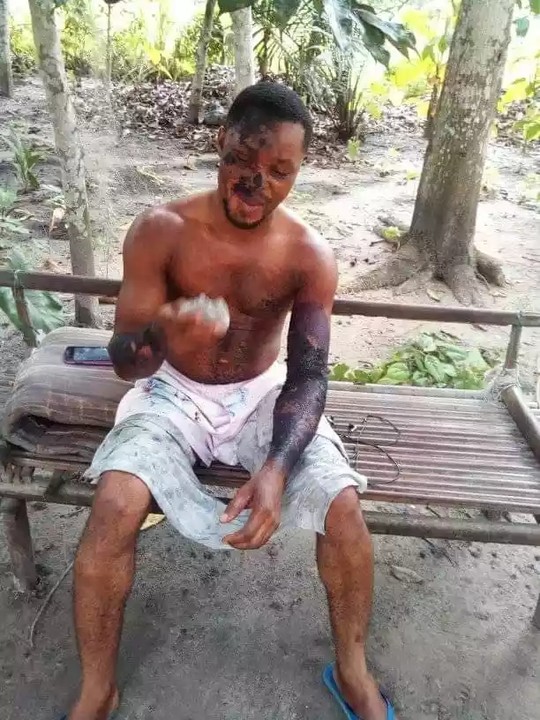 Posted by Daniel Update at 8:05 AM