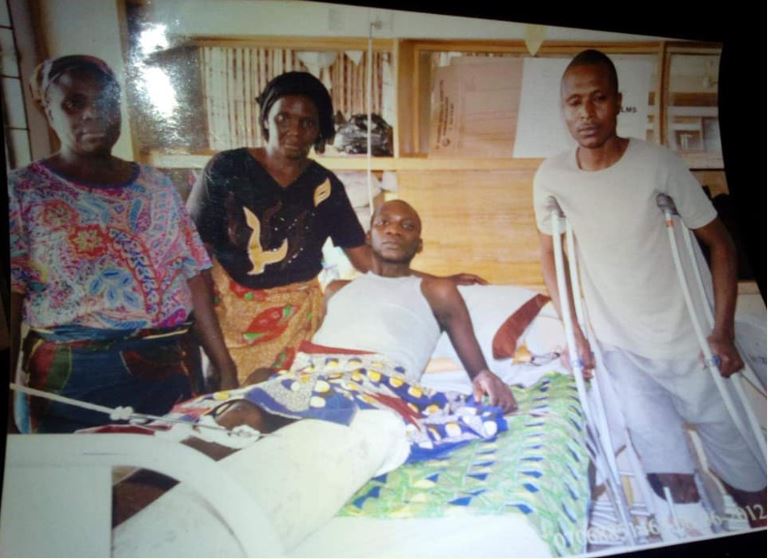 Zabrang Shehu on his sick bed

A Nigerian man is set to wed his lovely fiancee - seven years after their wedding ceremony was delayed due to a ghastly motor accident.

The man identified as Zabrang Shehu, was involved in a motor accident in 2012 as his wedding to his partner, Rahab Mercy Yohanna, was postponed.

Seven years after the unfortunate incident, the loyal couple are set to get married on Saturday, April 27, 2019, at the same church where the wedding had been billed to take place in 2012.

Read the details of what happened as shared by Facebook user Emmanuel Junior Zakka: 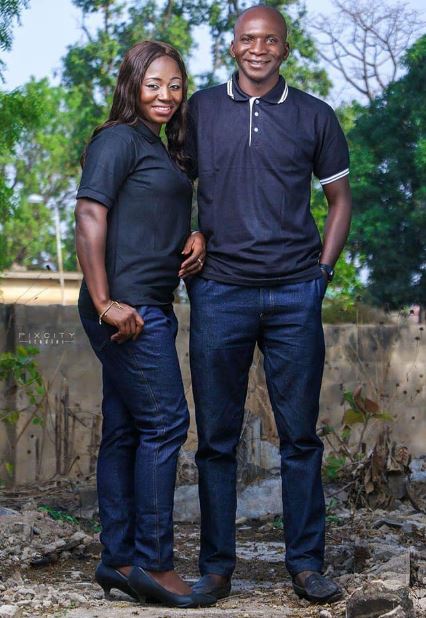 Zabrang Shehu was a U02… ABU student – that is he was admitted in the year 2002. He studied Archaeology and was the best graduating student of his class; he graduated with a very good Second Class Upper Degree (2:1). Before he gained admission to study Archeology in ABU, he attended the famous Federal College of Chemical and Leather Technology (a.k.a. Leather Research), Samaru, Zaria: the school Opposite the ABU Main Gate. There, too, he was the best graduating student with an Upper Credit and National Diploma in Leather Technology.

After my National Youth Service (NYSC) in 2008, I met this lady by name Rahab Mercy Yohanna in Kaduna. We were (and still are) both members of the same Church - Living Water Anglican Church, Ungwan Pama. Before I met her, something happened. I went home in 2011 and informed my parents that my wedding would be on 28th December, 2012. That was a date I had fixed by faith because at that time I had not found the woman to marry yet. It was a faith declaration of some sort. That was on September 27, 2011, to be exact.

Next, I took Mercy home to Gada Biyu, my home town, for my parents to see her. That was in December of 2011. At the time she was going for her Higher National Diploma, HND, at Nuhu Bamali Zaria. On Friday, 6th April, 2012, we went to the motor garage to board a car to travel to the village for proper introduction at my fiancée’s place, Gora Gida. At that time I was the Youth President of my Church and a lady in my church was getting married the following day, Saturday, April 7, 2012. I was to represent the church at the wedding at Zagom. So I had programmed to attend the wedding and then head to Gora the next, Sunday, April 8, for the introduction proper.

Interestingly, the day, 6th April, was a 'Good Friday' and what happened later explains just how the experience of Good Friday became my own. There were passengers everywhere on that day, as people were traveling home for the Easter celebration. We then decided to pick a few passengers to fill the empty spaces in the bus since we were heading home. There was no conductor and so I was the one closing and opening the door for incoming passengers.

As we started the journey, a few minutes later, as we got to Kujama, we had a tyre burst and Polycarp later narrated that he was confused when it happened and in that state of confusion he applied the brakes… You know what happens in such a scenario. Do you know what? The “troublesome” man who insisted on having, and actually had my seat, was the only one that died in that accident. The door of the car was said to have squeezed with him.

Back to my fiancée. She completed her HND programme and was posted to Rivers State for her National Youth Service Scheme, NYSC. She completed and came back. She told me something which struck me hard and has stuck with me ever since. She said, “God spoke to you and you saved me. And I won't have peace of mind if I run away and abandon you.”

She also added, “I know how I felt the day we agreed to settle down - an inner joy that I had never felt before all my life. I must make sure we complete what we have started. No matter how long it takes, no matter for how long you will be in this state, I will WAIT. I know you will recover. BE STRONG.”. Those words kept me! I was determined to be back on my feet to reward this love with my own love.
Posted by Daniel Update at 11:40 AM