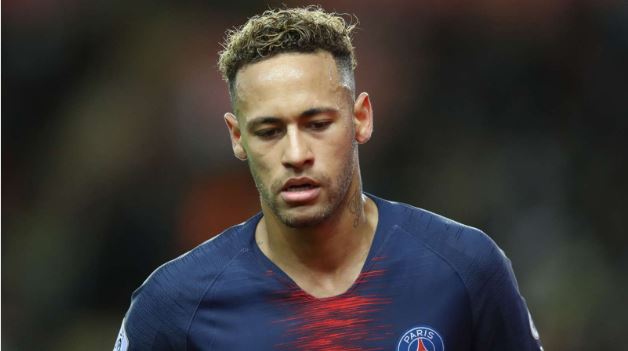 Neymar has been handed a three-match Champions League ban for a foul-mouthed Instagram post made following Paris Saint-Germain's loss to Manchester United in which he insulted the match officials after his side's controversial defeat.

The Brazilian missed PSG's shocking defeat to Manchester United in the last 16, with Ole Gunnar Solskjaer's men progressing to the quarter-finals after a surprise 3-1 win in Paris.

But UEFA have elected to sanction the £200million forward for his comments made in the aftermath, over the controversial penalty awarded against Presnel Kimpembe late on at the Parc des Princes.

The match official had initially given a corner kick, before VAR intervention subsequently saw a spot-kick awarded, with Marcus Rashford converting to send United through.

Neymar, who had watched from the stands but was on the touchline by that point, let his fury with the decision be known on social media.

Posting on Instagram, he stated: “This is a disgrace, they put four people that know nothing about football in charge of looking at the replay for VAR.


"There is no penalty. How can it be a handball when it hits his back! Go f*** yourselves!”

According to eye-witnesses, it's also claimed that Neymar angrily made a beeline for the referees' office after the game.

He allegedly forced his way through the corridor to outside the officials' office and had to be restrained by members of the PSG staff.

A UEFA statement declared: "The CEDB has decided to suspend the Paris Saint-Germain player Neymar Junior for three (3) UEFA competition matches for which he would be otherwise eligible, for insulting match officials."

The 27-year-old made his return to action from a broken foot in PSG's 3-1 win over Monaco last weekend - a result which secured another Ligue 1 title for the club.
Posted by Daniel Update at 1:43 PM