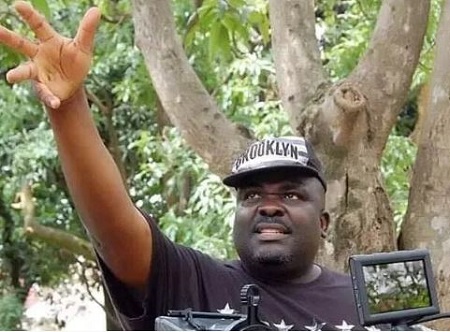 The accomplished filmmaker died while filming in Jos, Plateau State, on Good Friday.

SIC Entertainment Production Nigeria Limited, a company he ran alongside his partner, Steve James, confirmed his death in a statement on Friday.

The company described him as ’’an over-achieving perfectionist who travelled and worked hard at a pace that led to extreme stress.’’

The statement partly read, ’’When he stopped touring, he wanted to find a balance in life to be happy and be able to do what he loved most – making movies.

’’Onyeabor was not made for the business machine he found himself in; he was a sensitive guy who loved his fans but shunned the spotlight.

’’Onyeabor, will forever be loved and sadly missed. The person you were and your movie will keep your memory alive.

’’We would like to thank you for the support and the loving words about our brother, director. We are so grateful for everyone who loved Onyeabor’s movie’s and have precious memories of his movies. May his gentle soul rest in peace.’’

Some of his popular works include My Mother’s Heart, 5 Apostles, Darkest Knight, One Good Turn and many more.

The deceased was set to release his latest movie, True Legends, later in the month before he passed on.
Posted by Daniel Update at 1:25 PM