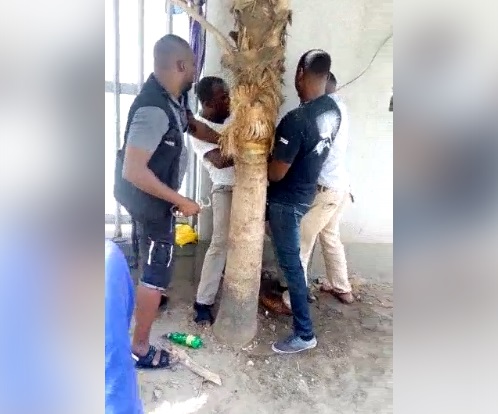 The man who asked the plain cloth trio believed to be SARS officers his offence, did not get an answer as the men tried to handcuff him.


The man resisted arrest, screaming for the men to leave him alone as he has committed no offence.

After much struggle, three SARS operatives who surrounded the man, forcefully handcuffed him and dragged him away as passersby who witnessed the incident were left confused over what the man did for him to be arrested in such manner. 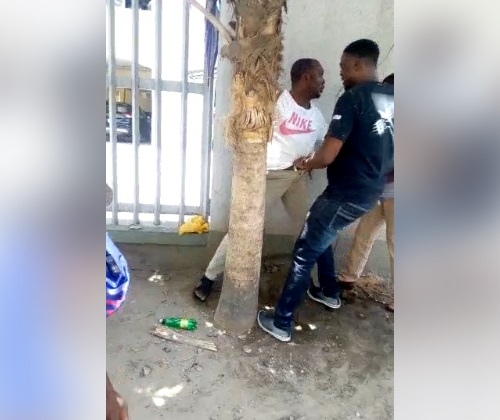 This is coming after Nigeria Senate on Tuesday said, Police reform bill would be amended due to the incessant killing and harassment of citizens by the men of Special Anti-Robbery Squad (SARS).
Posted by Daniel Update at 3:45 PM