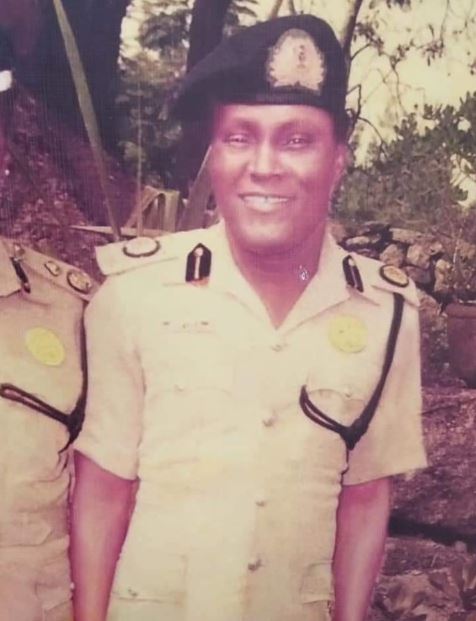 This is an old picture of the 72-year old presidential candidate of the Peoples Democratic Party, Atiku Abubakar in the 2019 election.

The actual date the picture was taken remains unknown. It was cropped out of a group picture he took with his friends.

Atiku Abubakar was born on 25 November 1946 to a Fulani trader and farmer Garba Abubakar, and his second wife, Aisha Kande, in Jada village of Adamawa State. He was named after his paternal grandfather Atiku Abdulqadir and became the only child of his parents when his only sister died at infancy.

In 1957, his father died by drowning while crossing a river to Toungo, a neighbouring village to Jada.

After completed his primary school education in 1960, he was admitted into Adamawa Provincial Secondary School in the same year, alongside 59 other students. He graduated from secondary school in 1965 after he made grade three in the West African School Certificate Examination.

Abubakar then proceeded to attend Nigerian Police College, Kaduna. He left the college for a position as a tax official in the Regional Ministry of Finance. Later he received admission to study at the School of Hygiene, Kano in 1966.

In 1967, he graduated with a diploma. That same year, Atiku Abubakar was admitted for a Law Diploma at Ahmadu Bello University on a scholarship. He graduated in 1969 and was employed by Nigeria Customs Service that same year.
Posted by Daniel Update at 7:42 AM