What Is Not Wrong With This Photo? (Close Marking On Queue Edition) 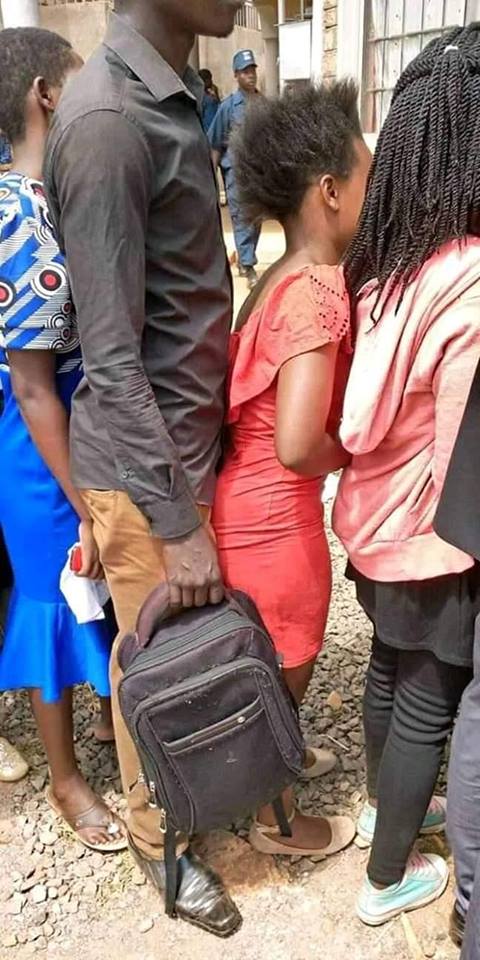 These pictures have been trending on social media for obvious reason after they were shared online recently.
A student of University of Port-Harcourt (UNIPORT) in Rivers state, took to Facebook to share pictures of a man who was very excited while standing behind a lady on a queue.

It was claimed that the young man who stood very close to the lady’s backside (without leaving any space), allegedly refused to leave the queue even when he was asked to jokingly due to the situation as he smiled sheepishly.

It was also revealed that the man’s close “marking” on the lady, did not go unnoticed by others who allegedly witnessed him experience a bulge in his private area moments later. 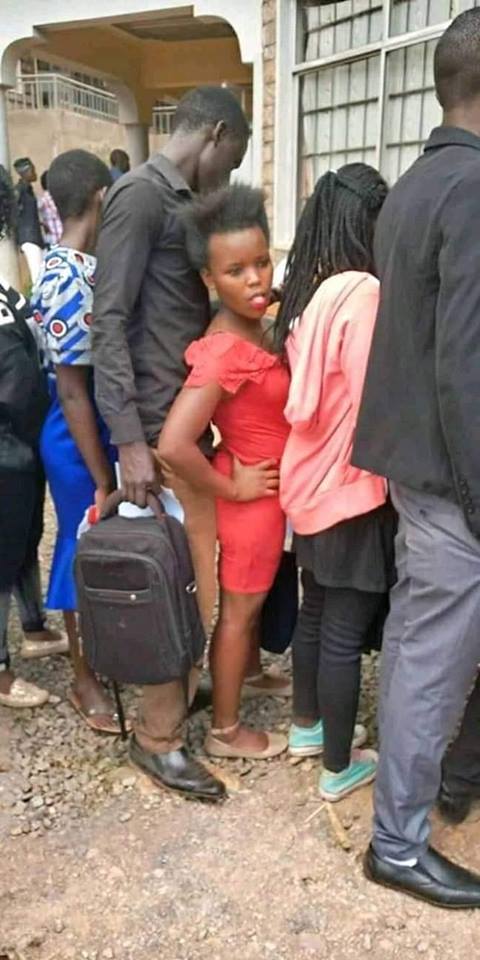 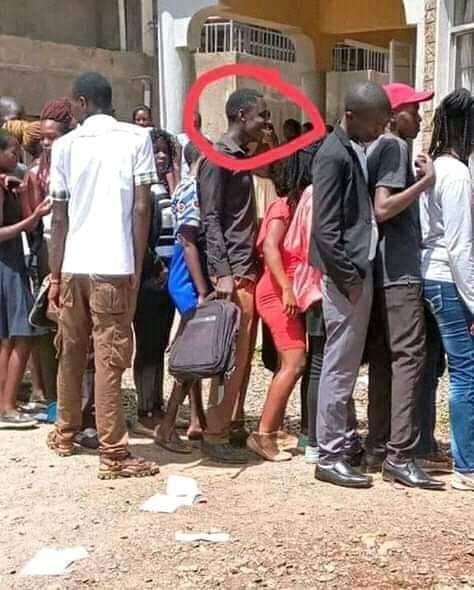 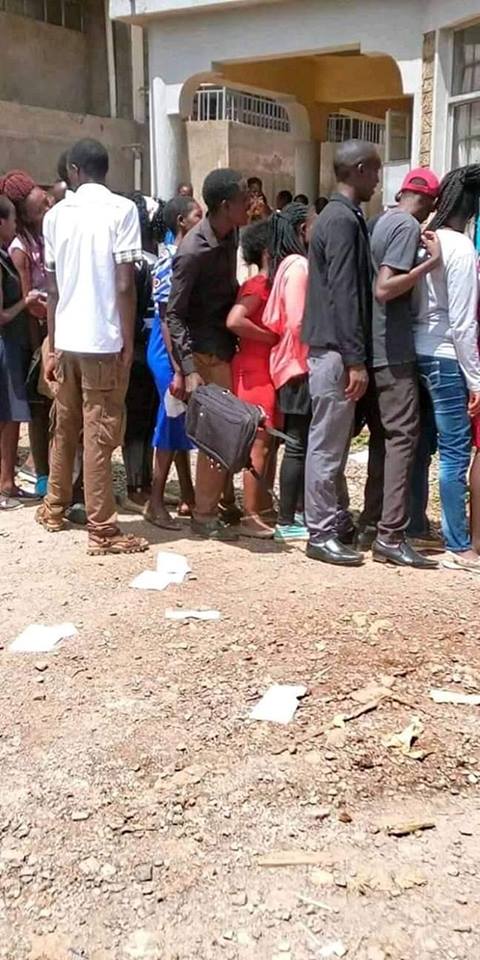 Posted by Daniel Update at 2:11 PM