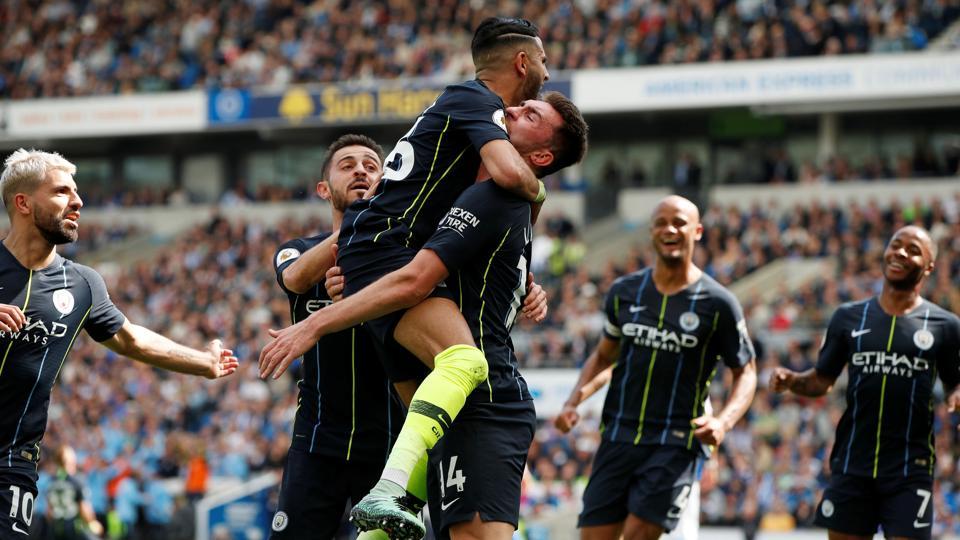 Manchester City have won the Premier League title after the final round of matches on Sunday.

City came back from a goal down to thrash Brighton 4-1.

Liverpool had taken over top spot after Sadio Mane's strike put them ahead at Anfield against Wolves.

And then Glenn Murray's header gave the Reds further hope as Brighton celebrated a shock lead.

But City restored order at the top of the table, thanks to goals by Sergio Aguero and Aymeric Laporte.

Riyad Mahrez then gave City a two-goal cushion in the second half to put his side on the brink of the title.
Posted by Daniel Update at 2:09 PM