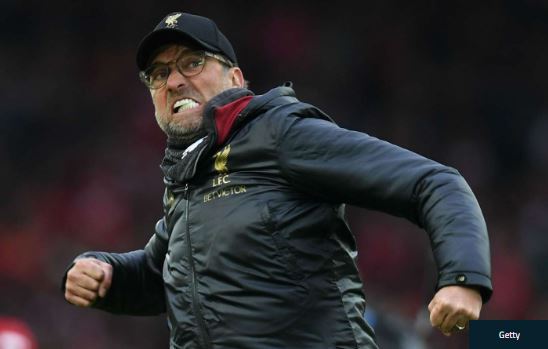 Liverpool can still come back from 3-0 down against Barcelona, according to Manchester City's Ilkay Gundogan, who believes the Reds are capable of winning the second leg 4-0.

Jurgen Klopp's side suffered a 3-0 defeat at Camp Nou last Wednesday when a spectacular performance from Lionel Messi dented their Champions League hopes.

An 82nd-minute free-kick from the Argentine delivered a final blow to Liverpool, who now must score at least three times against the favourites to win the competition just to draw level in the semi-final.

And to make matters worse, Klopp will be without star strikers Roberto Firmino and Mohamed Salah, who are both ruled out through injury.

But Gundogan still reckons Liverpool can cause an upset, and the Germany international told DAZN: "I've already thought about it and somehow I have the feeling that it's not over yet.


"I can even imagine Liverpool winning the game 4-0 at home. I don't know why, but I think that at Anfield, and Klopp as a motivational machine and with the types of players that are very unpleasant to play against, even a team like Barca can be completely shut down in one game."

Gundogan was signed from Nurnberg by Klopp during his tenure at Borussia Dortmund, before moving to City for £20 million ($26.3m) in 2016.

The pair won the German league and cup double together in 2011-12, the last time Dortmund won the Bundesliga title.

But Klopp watched on as Gundogan helped City to a vital win in the Premier League title race on Monday night, with Pep Guardiola's team taking a 1-0 victory against Leicester City at the Etihad Stadium.

The English champions now hold a one-point lead over the Reds going into the final day of the season, and a win at Brighton on Sunday would wrap up a second successive league title for the Manchester club.

Even if they do not win, Guardiola's side simply need to equal Liverpool's result at home to Wolves in order to top the table and make the Reds' wait for a first Premier League title go on.
Posted by Daniel Update at 11:28 AM