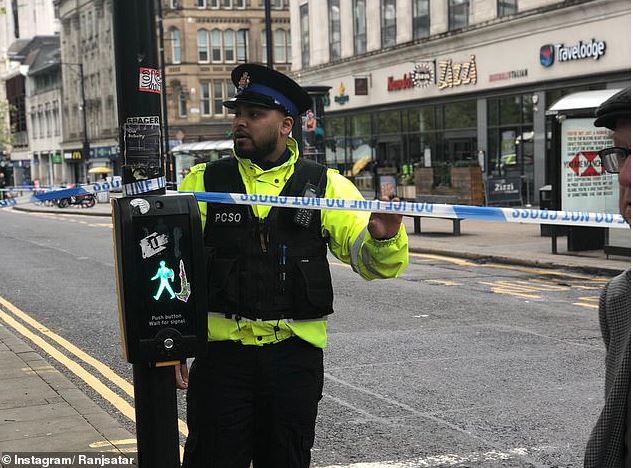 Workers were evacuated from offices on Friday as a man was detained by police over bomb scare in Manchester city centre.

Daily Mail reports that Greater Manchester Police said the 26-year-old man was held by officers and a cordon was put in place following the incident at Piccadilly Gardens.

All Metrolink stops were suspended between Piccadilly and Victoria.

Meanwhile, there was another evacuation seven miles away at Gallery Oldham at lunchtime, following reports of a suspicious package inside the building.

A police spokesman said: ”A cordon is in place in Piccadilly Gardens after reports of a suspicious package were made.


”A man aged 26 has been detained by police and enquiries into the incident are ongoing. Thank you for your patience as we respond to this.”

The Police has also issued an instruction on safety: ”Please follow directions from officers at Piccadilly Gardens.


”If you are working in the city and have been asked to stay indoors, please do so while officers carry out their enquiries.”
Posted by Daniel Update at 1:02 PM