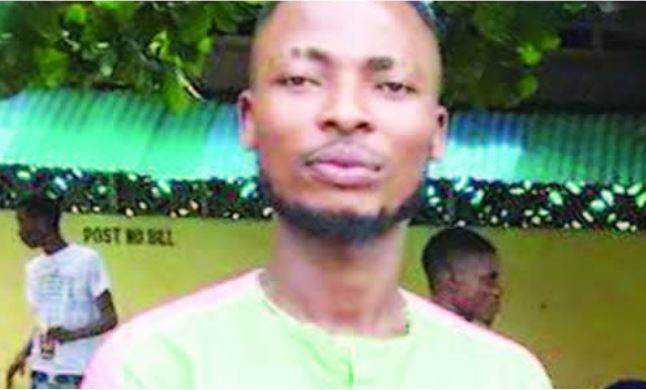 
There was tension in PPL community, in the Ojo Local Government Area, Lagos State, on Saturday, after some gunmen shot dead a trader, Binaebilayefa Dawudu, Punch Metro reports.

The deceased’s family called on the Lagos State Police Command to conduct thorough investigation into the events that led to Dawudu’s death and apprehend his killers.

It was gathered that Dawudu, who had prayed in a mosque, was on his way home when he was shot.

A witness, who identified himself simply as Kunle, said he was going to the Aiyepe Market to buy foodstuffs when the gunmen attacked.

The 25-year-old said, “I was on my way to buy foodstuffs in the market when I heard three gunshots. But because there was no electricity, we ran into a bet shop for safety. One of the assailants followed us into the shop. He ordered us to lie down and robbed us and other customers of our valuables. Afterwards, he left. It was when I got to my hostel that I heard that Dawudu had been killed.”

A friend of the deceased, who did not want his name in print, said Dawudu was killed because he took the route the gunmen used to flee from the crime scene.

“We were together when Dawudu left to pray in the mosque. After praying, he was on his way home when the people that came to rob the area shot him to death. The PPL area is very dangerous; in fact, the management of the Lagos State University has marked the area unsafe for students’ habitation. But students still live there because it is close to the school,” he added.

The deceased’s brother, Abiodun, said only justice would assuage the hurt of the family.

He said, “I got a call from his friend that he was shot dead; I called other people who confirmed the incident. This is not the first time they will be killing people.


“Aside from my brother, they killed another man in the area this year. We want the police to investigate the incident and bring the killers to justice.”

It was learnt that before the incident, Dawudu had posted a message on Facebook page, which some people said showed he had a premonition of his death.

“Confession time; lord have done a lot good or bad in life, please forgive me all my sins Allah,” Dawudu had written.

The state Police Public Relations Officer, DSP Bala Elkana, said two suspects had been arrested over the death, adding that investigation was ongoing.
Posted by Daniel Update at 12:12 PM