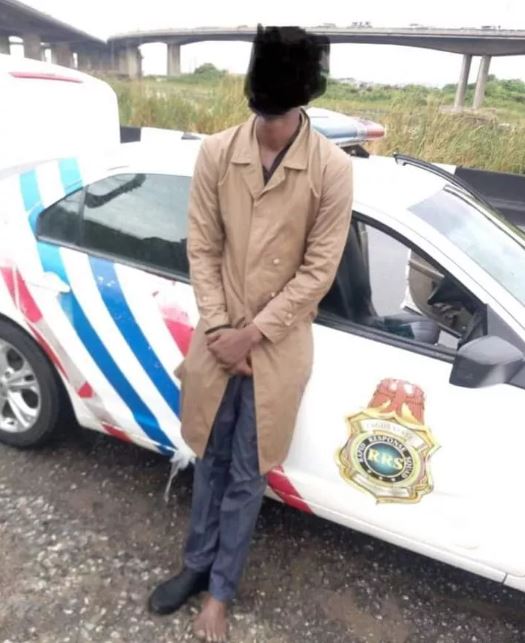 
According to NewTelegraph, the operatives of the Rapid Response Squad (RRS), Lagos State Police Command, yesterday rescued an accountant, Daniel Okereke (29), just as he was about to jump off the Third Mainland Bridge into the lagoon.

Okereke was rescued by policemen stationed on the bridge about 7a.m. The policemen were said to have spent time speaking with him and encouraging him before taking him to Adekunle Police Station, Yaba, where he was detained.

The reason the accountant tried to end his life was still unclear at the time of filing this report, but it was learnt that police had already launched an investigation.

He said: “About 6.30a.m., Daniel Okereke, 29-year-old, was rescued by RSS operatives by Adekunle Intersection. His action may not be connected with depression.

"But he has been taken to the hospital for medical attention and investigation is ongoing.”
Posted by Daniel Update at 12:07 PM