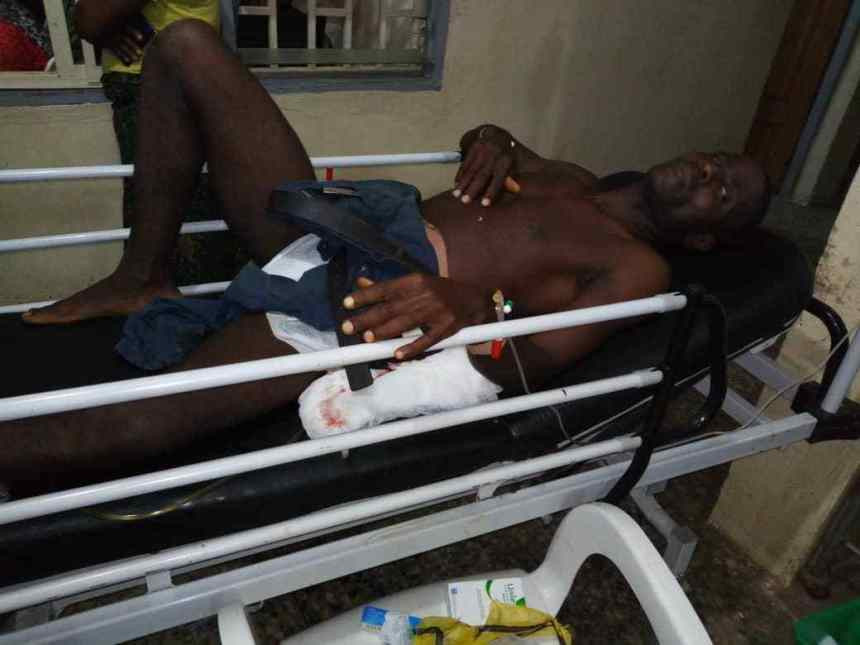 The man was shot

The operation team of So-Safe Corps raced to the scene of the robbery to rescue the community from the marauders who were fully armed. In the process, the officer, Kehinde Aigbe, was shot in the stomach by the bandits.

The armed robbers immediately fled the scene, while the 48-year-old Mr Aigbe was rushed to the Federal Medical Centre (FMC), Idi-Aba, Abeokuta.

As at the time of filing this report preparations were on to transfer him to the theatre for an operation.

The Director of Information and Public Relations of the Corps, Moruf Yusuf, confirmed the incident. He explained that the officer was shot in the stomach, resulting in serious injuries and that the robbers escaped from the scene of the crime.

Similarly, the Chief Medical Director of the Federal Medical Centre (FMC), Abeokuta, Adewale Musa -Olomu, also confirmed admission of the victim, expressing optimism that the management was prepared to do its best in saving the life of the victim.

When our correspondent visited the hospital on Monday morning, the officer was seen being attended to by the medical team in the Emergency Treatment Room of the hospital.

The Commander of the Corps, Soji Ganzallo, was also seen running around to provide needed materials for the hospital, to ensure that the officer was revived.
Posted by Daniel Update at 1:35 PM