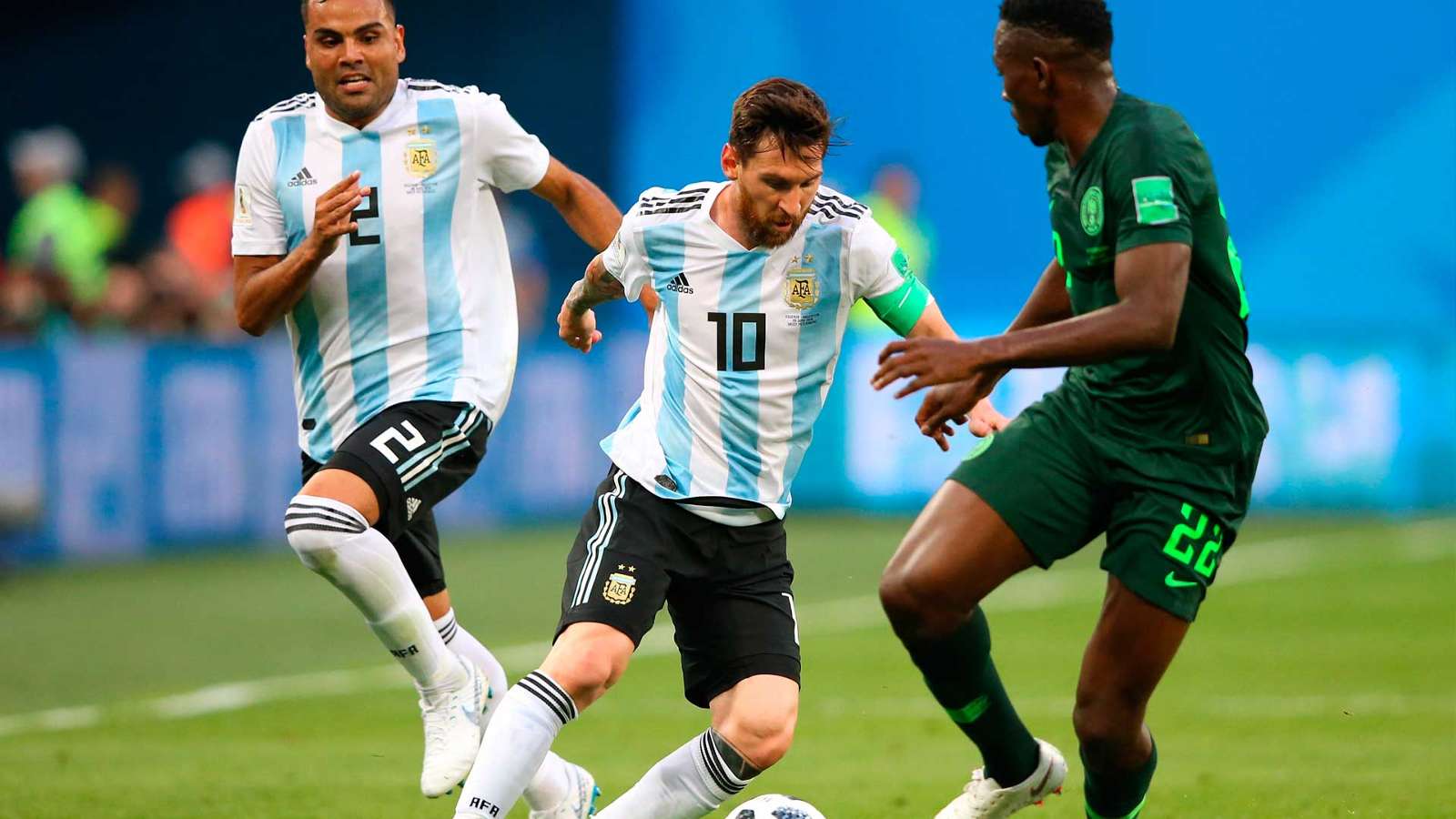 Messi at work during the World Cup

The Argentina captain Lionel Messi says his side would have been humiliated by critics had they been eliminated by Nigeria in the 2018 Fifa World Cup in Russia.

After playing out a 1-1 draw against Iceland in their opening Group D game, the Albiceleste then lost 3-0 to Croatia.

With only a point in two games, the Argentines needed to defeat the Super Eagles for a chance to qualify for the knockout stage of the competition.

Messi’s opener was cancelled out by Victor Moses’ strike from the penalty spot before Marcos Rojo’s 86th-minute effort secured a 2-1 victory over Gernot Rohr’s men.

Argentina were later eliminated in the Round of 16 by France, who went on to win the tournament.

Reflecting on his side’s performance in the tournament, the five-time Ballon d'Or winner admitted that their poor preparation led to their below-par display in the global showpiece.

"When we lost and crashed out of the tournament, we knew our time was up because our preparation and focus towards the tournament was not too impressive,” Messi told Fox Sports Radio in Argentina.

“It would have been very humiliating if Nigeria had eliminated us at the group stage.


"The World Cup in Russia was a complicated period for us. But people knew we were not candidates to win. Today is different, I see a young and excited group ready for success.


"When we qualified against Nigeria in the World Cup everyone who was mocking us was silent, they wanted us to be humiliated. If we were knocked out in the groups they would have killed us all.”
Posted by Daniel Update at 5:23 PM