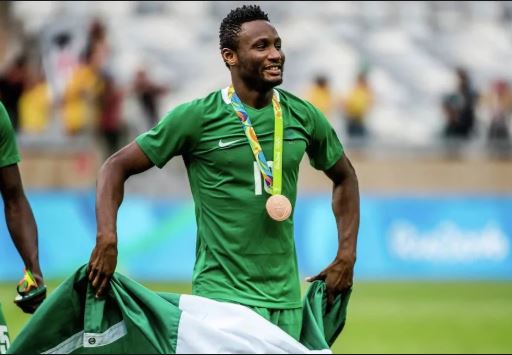 Super Eagles captain, John Obi Mikel, has reacted to his side’s 1-0 victory over Burundi at the 2019 Africa Cup of Nations, AFCON, on Saturday.

Mikel admitted that the Super Eagles were lucky to get the three points against Burundi, noting that the East Africans were tough and very organised.

“It is not an easy Group, it is a very tough group,” Mikel Obi told reporters after the match.


“As you can see today, they [Burundi] was a very organised team. Very tough to break down.


“We were very lucky to get a goal and I think we played well.


“We had most of the ball but we couldn’t break them down. So it was very crucial for Nigeria to get the three points.”

Nigeria will take on Guinea in the next game on June 26.
Posted by Daniel Update at 1:11 PM